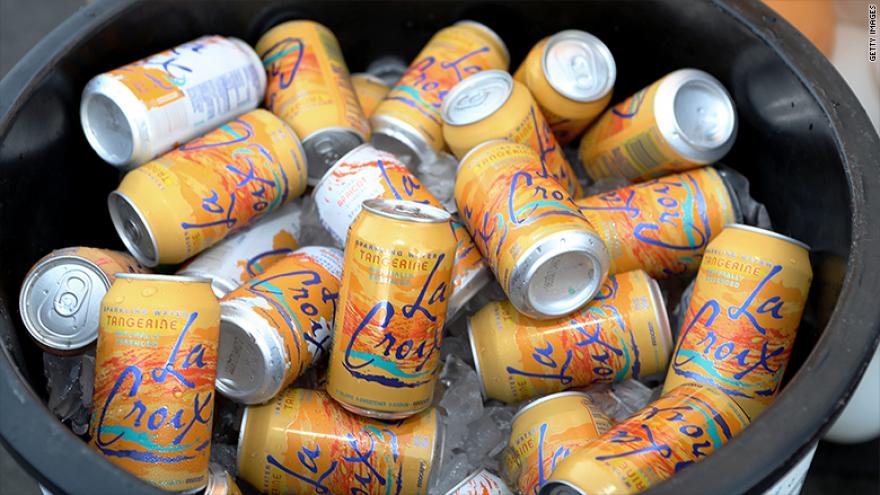 The lawsuit comes as a growing number of foods promoted as "natural" face criticism, reports CBS News' Anna Werner. While there's no official government guidelines as to what qualifies a product as "natural," there's no denying the word is an effective marketing tool. Consumer Reports says 73 percent of customers actually seek out foods labeled as natural. The question is, what are they actually getting?

Touted as a "natural" sodium and calorie-free alternative to soda, LaCroix's sales were up 17 percent last year.

The lawsuit says synthetic chemical compounds are added to LaCroix to make the drink "taste or smell a certain way."  The suit claims one ingredient causes kidney tumors and another is used as a cockroach insecticide. But nutritional scientist Roger Clemens says the compounds are considered safe.

"These compounds are found in nature, mostly in fruit such as oranges, limes, strawberries, pineapples, bananas….so we consume these compounds every day if we eat any kind of fruit," Clemens said.

But it will be up to a jury to determine whether those compounds found in LaCroix are derived from natural substances or are created artificially. Parent company National Beverage Corporation says the ingredients are "derived from the natural essence oils from the named fruit used in each of the flavors" and "are certified by our suppliers to be 100% natural." Still, the labeling is part of a larger problem because there's no industry standard as to what the word means.

One analysis predicts continued explosive growth in U.S. sales of so-called natural products reaching $252 billion by next year. But there have been a reported 300 lawsuits over the use of the use of the word on food products in the last three years. In one 2016 settlement, General Mills was forced to drop the word natural from its granola bar's packaging.

"So if the consumer can't figure this out, so then we have to go over to the FDA and their group of scientists to figure out what is a workable definition so people can be comfortable with that definition so they can all buy into it," Clemens said.

The Food and Drug Administration says it does not comment on pending lawsuits. The organization has been studying this issue for three years now, but still hasn't come up with a definition. Scientists say it'll be a tough task to come up with language that satisfies both food companies and consumers.