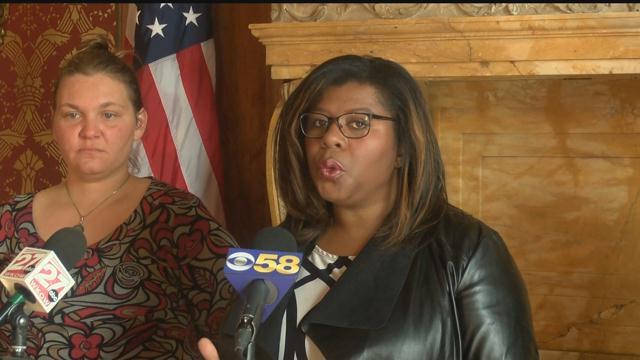 There is a big push to make lead testing standards in the state of Wisconsin a top priority.

That's the idea behind a new bill introduced into the state legislature today.

The crisis in Flint Michigan is a wake up call. That's why lawmakers say something needs to be done to avoid that crisis here at home

Representatives Chris Taylor and LaToyna Johnson met with reporters and introduced a new bill that would update the standards for lead testing across the state of Wisconsin.

They pointed out that 4.9% of children in Flint have been lead poisoned.

But that percentage is much higher in Milwaukee Watertown Racine even Sheboygan County.

The state standards are behind from the cdc standards which requires testing at 5 micrograms per deciliter. Wisconsin sits at 15 micrograms.

The effects of lead poisoning in children under 6 have serious implications and this should be a bi-partisan effort.

"And we know that lead poisoning can cause significant permanent damage to children including reduced intelligence, learning disabilities, and developmental delays," said Rep. Chris Taylor.

"We need to make sure that this administration and all of the elected officials are held accountable to know that this is a huge issue that needs to be addressed," said Rep. LaTonya Johnson.

Representatives said it took so long to make changes because they didn't know until recently.