The news of his capture was released on June 7 which is exactly four weeks after he disappeared.

McGovern was arrested by the U.S. Marshal's Service.

KENOSHA, Wis. (CBS 58) -- Law enforcement is currently searching for a minimum-security inmate who escaped from the Kenosha Correctional Center. 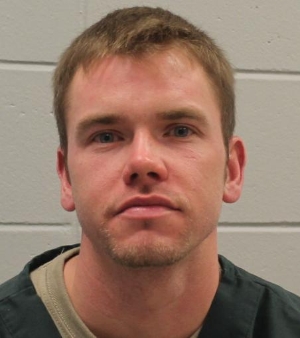 Anyone with information is asked to contact their local law enforcement.

There is no information on how the inmate escaped, but the Kenosha County Police Department is tasked with the search.

33-year-old Jared McGovern has most recently been convicted of resisting and obstructing an officer, but he was recently charged with an armed robbery from 2016 at a corner store in Kenosha.

The owner of that store hasn't forgotten about what happened.

"I can remember, I was at home with my wife and I got the bad news that we'd been robbed," said Moore Ali.

Police say McGovern entered the convenience store, asked the cashier for all the money in the register, and when the cashier couldn't open it, he stole the entire register and all the cash inside it.

CBS 58 spoke with the family of the cashier present during that armed robbery. They say they're "nervous" and "worried" that mcgovern is loose.

"She quit her job here because she was terrified," said Ali.

Criminal douments say McGovern told the cashier she and the other man in the store were "gone" if she didn't give him money from the register.

McGovern is the 4th inmate in the area to have escaped this month. Christine Abel was caught in Green Bay on April 25th. Anthony Stephenson was apprehended in St. Louis, Missouri on May 1st. Jennifer Drost is still on the loose.

"It's a dangerous guy escaped, and they have to put him behind bars."