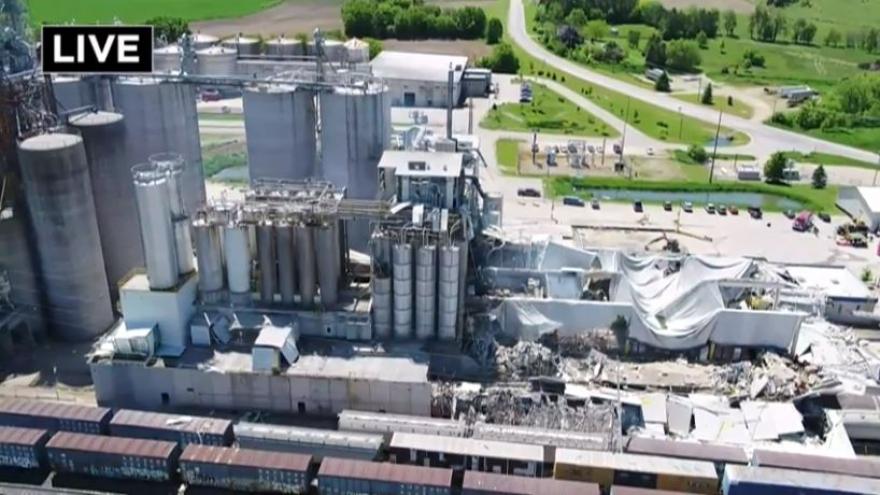 In a press conference Friday afternoon, Didion Milling executives confirmed a third body was found in the rubble by emergency crews and K9s Friday morning. This is the third fatality in the plant's explosion that happened Wednesday night in Cambria.

The three workers killed in the explosion have been identified as Pawel Tordoff, Robert Goodenow and Duelle Block.

There were 16 workers at the plant at the time of the explosion, 11 of those were taken to the hospital including a man who lost his legs. Four of the injured victims are reported to have life-threatening injuries.

Cambria Fire Chief Cody Doucette confirmed that a smaller fire occurred in a different part of the plant on Monday. Didion Milling executives said there is no connection between Monday's fire and Wednesday's explosion.

Didion officials said the cause of the explosion is still under investigation.

Didion Milling does plan to rebuild and resume production but a timetable has not been set.