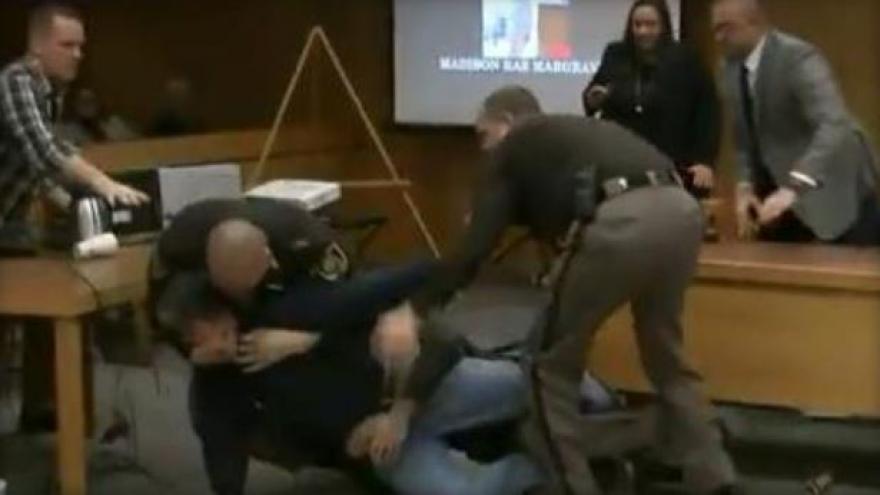 CHARLOTTE, Mich. (CBS News) -- A father of three victims of Larry Nassar has tried to attack the disgraced former sports doctor during a court hearing in Michigan. Bailiffs tackled the father Friday morning in the courtroom.

After two of his daughters spoke, the father, Randall Margraves, asked the judge for "five minutes" in a locked room with Nassar. The judge said she could not do that.

Margraves then asked for one minute, but the judge said she also couldn't allow it. He then rushed at Nassar.

Two of his daughters had given statements to the court. They said their other sister also had been molested by Nassar.

Crying could be heard in the courtroom as Nassar was escorted out. Assistant Attorney General Angela Povilaitis told families in the courtroom to "use your words" and that violence "is not helping your children."

You can watch the encounter below. Warning: The video contains profanity.

WATCH: The father of victims of ex-USA Gymnastic doctor Larry Nassar lunges at Nassar in court after saying to judge, “I would ask you to as part of the sentencing to grant me 5 minutes in a locked room with this demon.” https://t.co/KltZISbi1m pic.twitter.com/Am0N4gZzsT