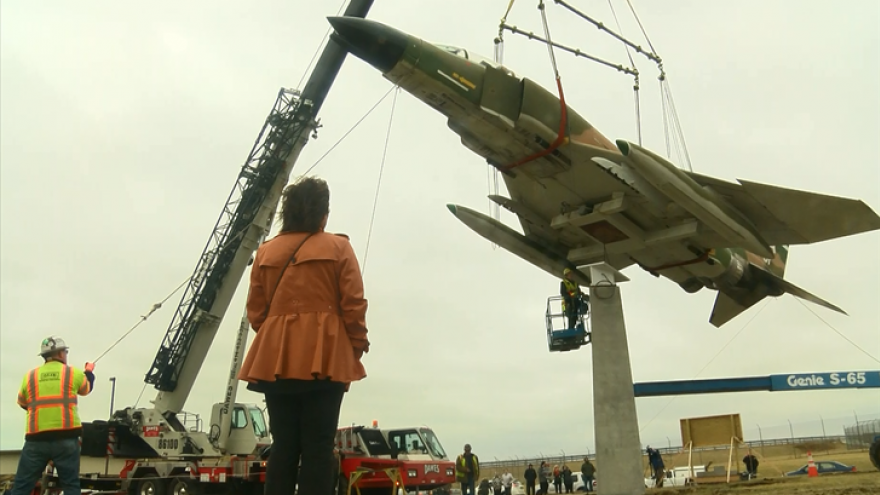 The fighter jet that honors an American war hero and Milwaukee native took its final “flight” Monday, landing just outside of General Mitchell.

Crowds gathered and watched as the plane was hoisted from a flatbed truck to its final resting place along Howell Avenue.

The F-4C Phantom jet honors Captain Lance Sijan whose was captured after his plane crashed on a mission in Vietnam.

Among those in the crowd this morning was Sian's sister, Janine who helped lift the 26,000 pound aircraft to the pedestal.

“The physical lift of that plane, my spirit lifted as well. It went right with it,” she said.

Sijan-Rozina got emotional as it was finally put into place and say this memorial will be dedicated to all those who have served.

“Lance would certainly not want to be the only one who was identified as one who served in such a heroic way.”

An official dedication ceremony for the jet and its new home will take place the Friday before Memorial Day.