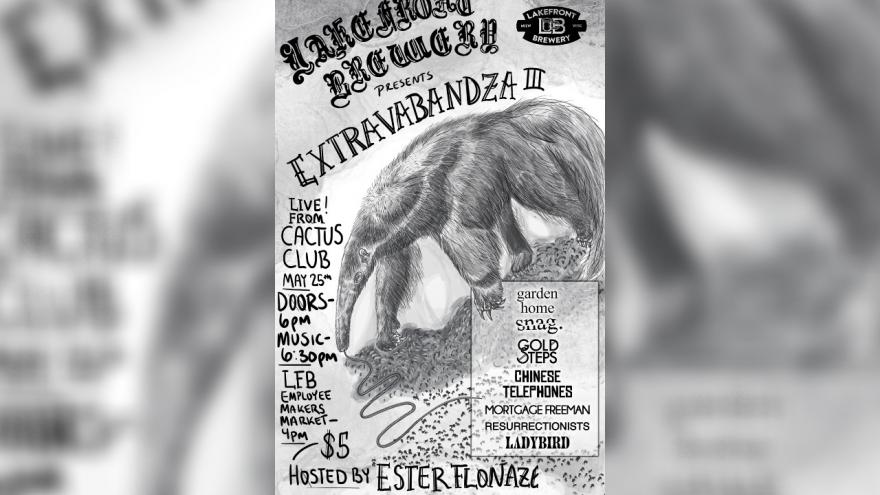 MILWAUKEE (CBS 58) -- After a two-year hiatus, the employee-led mini music festival "Extravabandza III" hosted by Lakefront Brewery is back for its third installment Wednesday, May 25.

According to Lakefront, this year, the brewery is bringing seven bands to the stage at Cactus Club in Bay View.

As in past years, each band features employees of Lakefront Brewery.

When asked about Cactus Club, Beer Hall Manager Sam Szymborski of the band Snag, says “Cactus Club is an incredibly welcoming, safe, fun, enjoyable bar that is an artist-run, queer-owned establishment. I have known the owner of the club since I was in high school and have always taken value in their opinion and work ethic.”

“Mortgage Freeman has performed at Cactus Club more times than we can count. It’s a wonderful establishment and we’ve made some incredible memories there… Overall, I love that this is a fundraiser for Cactus Club, they deserve all of it and more! Hope we can continue performing there for years to come,” said Mike Walker; On-Site Development at the Brewery.

As an added bonus, the brewery will be featuring a Maker’s Market consisting of art and goods created by brewery staff. They have also invited their regular collaborator Drag Queen Ester Flonaze to host the event.

“Russ is a great person to work for! He invests in our artistic community, and supports the wacky scheduling that can come with being a performer of any kind,” says Garden Home guitarist Dylan Mazurkiewicz.

The Maker’s Market begins at 4 p.m. with music starting promptly at 6 p.m. Tickets will be sold at the door for $5.00 with all proceeds going to support Cactus Club.