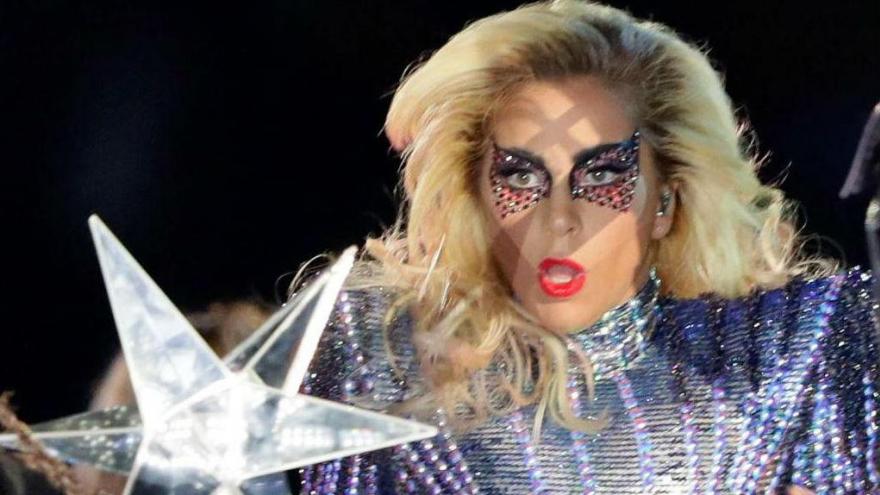 (CBSNews) Lady Gaga opened the Super Bowl LI halftime show from the roof of NRG stadium in Houston, singing “God Bless America” and “This Land is Your Land” in a glittering silver suit, reminiscent of David Bowie, before diving into the stadium.

Gaga landed on a platform and began her set with “Poker Face,” and twirled in the air, suspended by cables. She soared onto a stage below, launching into “Born This Way.” Dozens of dancers backed up the singer, wearing black outfits and sheer space-age purple capes.

Though the singer’s performance may not have gotten as political as Beyonce’s Black Panther-inspired halftime show last year, it was clear that Gaga was sending a message by singing “Born This Way,” which has become an LGBTQ anthem since its release with lyrics like, “No matter gay, straight or bi, lesbian, transgendered life, I’m on the right track, baby, I was born to survive.”

Later, Gaga grabbed a phone and started singing “Telephone” as the stage lit up, quashing rumors that Beyonce would join her for the song.

The singer put on a spiky gold jacket as she performed another early song of hers: “Just Dance.” Fans below waved torches in the air, lighting up the whole stadium.

The show slowed down and took on a more somber tone as Gaga sat at the piano to perform “A Million Reasons.” In the middle of the song, Gaga paused for a second to give a quick shoutout: “Hey dad. Hi mom,” she said into her microphone. She closed out the song by walking into a crowd of fans, touching their hands as she passed them.

Gaga switched her outfit in lightning speed, changing into a white football-inspired top and silver sequined boy shorts to jump back on stage to sing “Bad Romance.” Her dancers took style cues from the singer, with some wearing shoulder pads and helmets.

The singer and a few dancers ascended a set of stairs to end the show.

Gaga dropped the mic and then dramatically, jumped off the stairs, dropping out of the camera’s view.