Killer shrimp on the way to Lake Michigan? 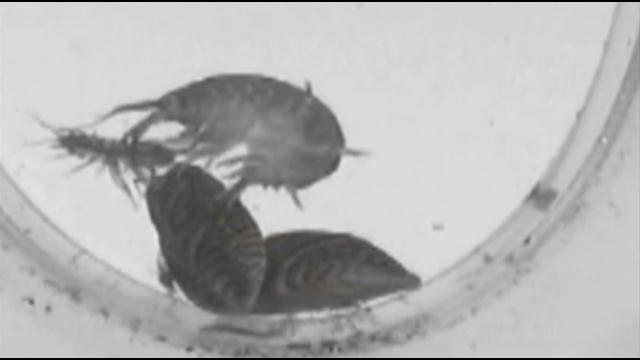 A report from CBS News quotes the Journal of Great Lakes Research, suggesting that Dikerogammarus Villosus, also known as \"killer shrimp,\"could be the next invasive species to take over Lake Michigan.

What are killer shrimp, and are they coming for us?!?  We went to the University of Wisconsin-Milwaukee's School of Freshwater Sciences to find out.

Doctor Russell Cuhel says the killer shrimp is not really a shrimp, it's an amphipod. \"The term killer shrimp is because someone observed in a laboratory environment that the animals kill without eating,\" Cuhel said.

Dr. Cuhel says the killer shrimp could survive and possibly thrive in Lake Michigan, and that they would compete for the same food that small fish eat, possibly damaging the ecosystem. But Cuhel says another invasive species already eats so much plankton that it has disrupted the food web. \"We currently work on the Quagga Mussel, which are the dominant animal in Lake Michigan.\"

Much of the School of Freshwater Science's research is dedicated to invasive species, since many of them compete with smaller bait fish for food. That dwindles their numbers, which threatens the food supply of larger fish like salmon, which then threatens a multi-billion dollar fishing industry in the Great Lakes.