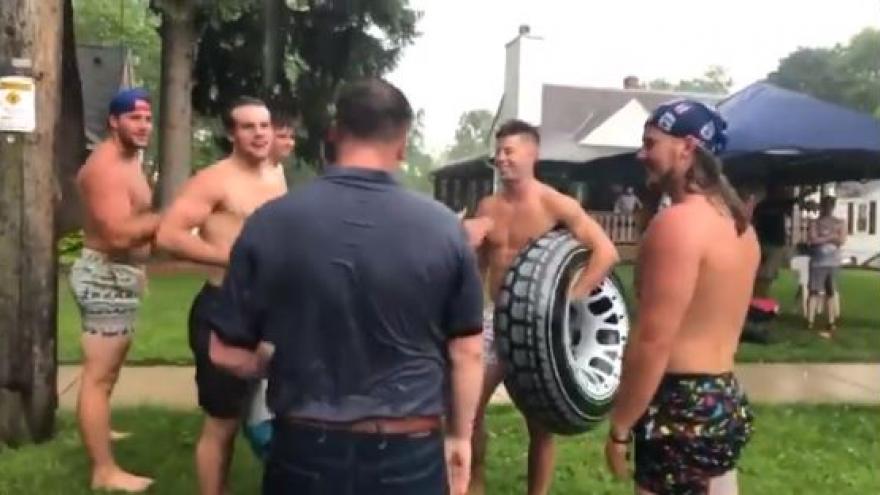 MADISON, Wis. (AP) — A Wisconsin Republican and U.S. Senate candidate took a break during a rain-drenched parade this weekend to slide down a hill.

Kevin Nicholson tweeted a video of himself greeting people during a rainy Hartland Hometown Parade on Sunday. Half a dozen men dressed in swimming suits and carrying inner tubes approach him and urge him to slide down a tarp on a hill between two houses.

Nicholson, dressed in a soaked polo and jeans, runs after the men as they slide down the tarp. Nicholson slides down on his rear end, waves at the men, then sprints up the hill to rejoin the parade, shouting: "Remember this in November!"

Sometimes we walk in parades...other times we slide. A lot of rain during today’s Hartland Hometown Parade made for a fun stop on the parade route! #SendInTheMarine #WISen pic.twitter.com/GgcVF9ADYP