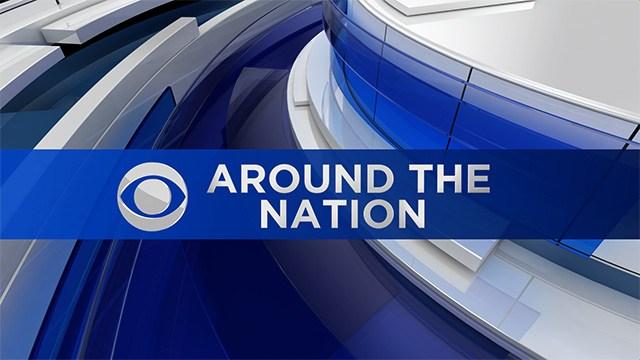 The Kentucky clerk defying the Supreme Court over same-sex marriage could learn her fate Thursday morning. Kim Davis and her deputies will explain to a federal judge why they shouldn't be held in contempt of court, even though they continue to defy the justices' decision on the matter, reports CBS News correspondent Dean Reynolds.

\"I'm not discriminating because I'm not issuing licenses to anybody,\" Davis said.

Even with the possible contempt conviction looming, the Rowan County clerk continued to turn away hopeful couples Wednesday. Robbie Blankenship and his partner of 20 years, Jesse Cruz, drove down from Ohio to get a marriage license.

\"Oh yeah we are,\" Blankenship responded.

On Wednesday, Davis' lawyers argued their client should not be held in contempt. In a seven page filing, they said the Apostolic Christian is unable to issue the licenses \"because it irreparably and irreversibly violates her conscience.\" Davis's office has become the center of a debate over the Supreme Court's landmark ruling, but nationwide, clerks in 13 counties are refusing to issue marriage licenses to same-sex couples, including nine in Alabama, where the chief justice of the State Supreme Court is strongly opposed to same-sex marriage.

\"She should continue to do what she's doing regardless,\" evangelist Ernie Spence said.

He doesn't know Davis but stands with her beliefs and said he's not at all worried he's on the losing side.

\"You see, it's God's holy word. Revelation. The Bible tell us we're on the winning side,\" Spence said.

But just a few feet away, Mark Casteel and his husband, Kevin, called for the clerk to step down.

\"If she wants her rights, then work for a church, or for private companies,\" Mike said. \"We believe in religious liberties as well, but when you're holding public office, then do your job. Simple as that.\"

Attorneys representing same-sex couples have asked the judge to fine Davis if she refuses to bend. They have not asked for jail time, but the judge could impose it if he chooses to. Davis' signature must be on the certificate whether she hands over the marriage license or not.