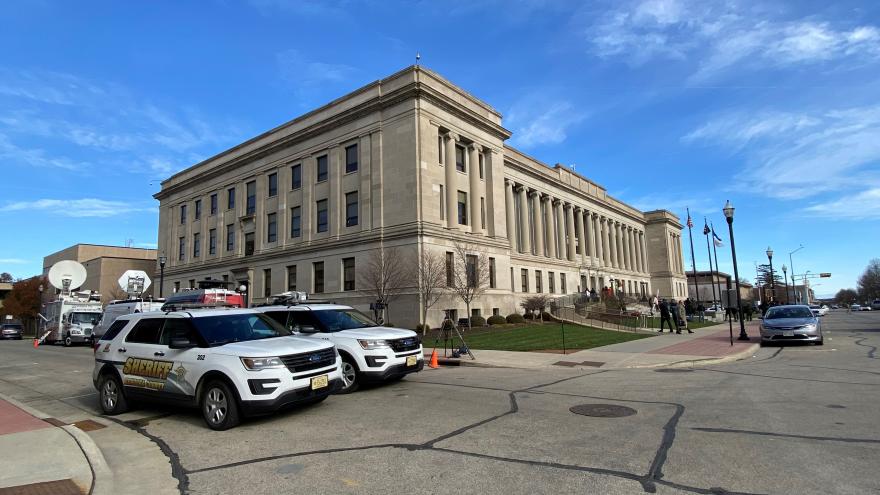 KENOSHA, Wis. (CBS 58) -- Demonstrators, both from the area and not, are coming to Kenosha await a verdict.

Those who choose to protest at the courthouse steps should know there are certain areas where bringing a firearm is against the law.

Citizens have the right to protest, but Kenosha Police are reminding everyone that you cannot be armed within 1,000 feet of a school.

Near the courthouse is Civic Center Park, and most importantly, Reuther Central High School.

That makes this a gun-free school zone and knowingly violating this law can result in felony charges.

CBS 58 knows of at least one instance, which happened on Wednesday, where a protester walked back-and-forth in front the courthouse with an assault rifle strapped to his shoulder.

Authorities quickly handled this situation, the person left and returned without their weapon.

If a person knowingly has a firearm in or on school grounds that's a felony.

If a person knowingly has a firearm within 1,000 feet of a school that's subject to a felony.

There are instances where this does not apply, including law enforcement officers, former officers, those with valid concealed carry permits.

If you're from out of state, you must be 21 and older and have a valid concealed carry approval.

Also, recklessly firing or attempting to fire your weapon in the gun-free school zone is also a felony.

To read up on the law yourself, click here.