Kenosha officer will not face charges in shooting of Jacob Blake

NOW: Kenosha officer will not face charges in shooting of Jacob Blake

KENOSHA COUNTY, Wis. (CBS 58) -- The Kenosha police officer who shot Jacob Blake seven times in the back will not face any charges.

"It is my decision now that no Kenosha law enforcement officer will be charged with any criminal offense based on the facts and laws," Graveley said.

Graveley announced there will also be no charges for the other two officers involved in the incident. They were identified by the Wisconsin Justice Department in September as Officers Vincent Arenas and Brittany Meronek.

Graveley says he wouldn't be able to prove to a jury that Sheskey acted illegally when he chose to shoot Blake. He says the whole case rests on self-defense, and courts are not able to second guess an officer's decision using 20/20 hindsight.

Graveley played the 911 call from that day at the news conference. Police were called for a domestic dispute. The caller said Blake had taken a set of car keys and was not returning them and that he had crashed the caller's car in the past.

Dispatchers told the officers that Blake had an arrest warrant linked to a sexual assault at the address. 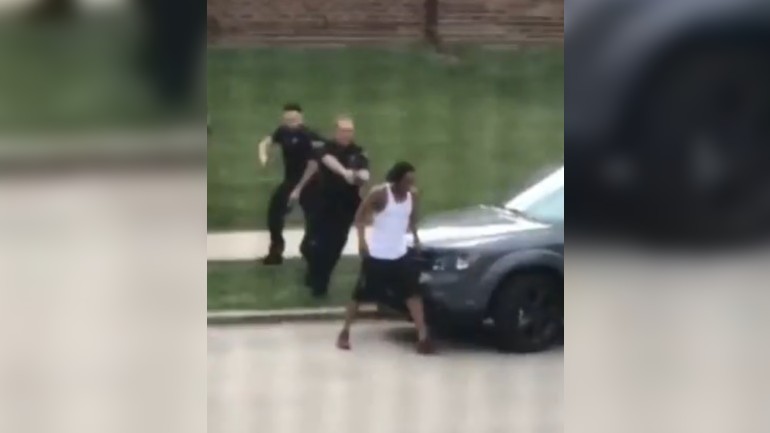 Based on what Sheskey knew, Graveley says a jury would find the shooting justified.

Graveley says he wants a second opinion on his decision. The US. Attorney's Office is pursuing a Civil Rights investigation. Graveley said he believes the office is close to a decision.