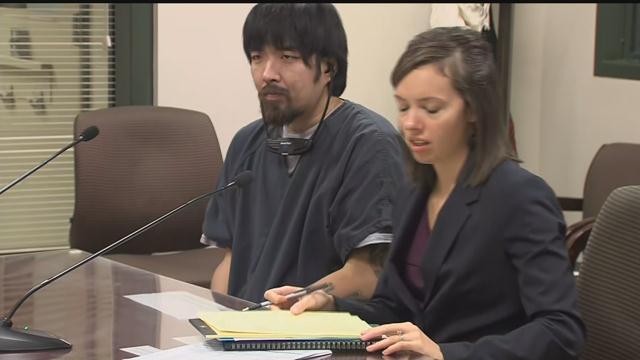 The Kenosha man suspected of trying to rob a bank with a bomb threat waived his right to a preliminary hearing.

He apparently suffers from hearing loss and used an aid device to help him understand the proceedings.

Thielen is charged with attempted robbery of a bank and bomb scare.

According to the complaint, Thielen told police someone else told him to rob the Johnson Bank on Friday.

He told workers in a note that the man was watching the building.

Thielen demanded one million dollars and threatened to set off a bomb.

He was arrested a few hours later.