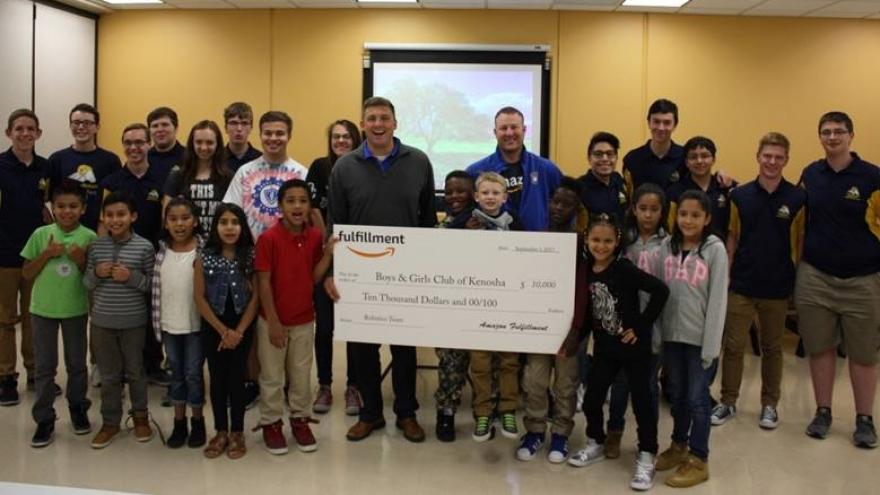 KENOSHA, Wis. (CBS 58) -- The Kenosha Boys & Girls Club got a big surprise from Amazon this week to the tune of a $10,000 donation to start the Club’s first robotics team. This past summer, Amazon helped created a robotics program at the Boys & Girls Club of Kenosha on 52nd Street with the help of FIRST LEGO League (FLL) and volunteer mentors from Round Table Robotics, a robotics team from Oak Creek High School.

During an event on Tuesday to celebrate the end of the summer program, Amazon General Manager John Henry surprised kids with a $10,000 donation to extend the robotics program by starting the Club’s first official FLL Robotics Team. This time, Hilltopper Robotics from Marquette University High School will serve as volunteer mentors for the inaugural team and will help the Club compete later this year.

There are two fulfillment centers in the Kenosha area and Amazon currently employs more than 5,000 full-time associates as its fulfillment operations in Wisconsin.