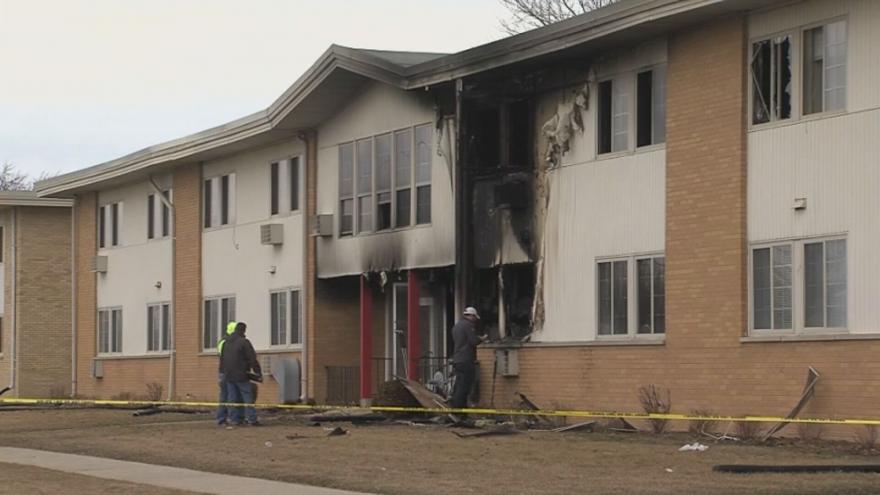 The Red Cross is helping 29 people from 16 families tonight, after they were displaced by an afternoon fire in a 16 unit apartment complex on Kenosha’s south side.   Four other people, including a three-year-old child, are in the hospital recovering from smoke inhalation.

The fire was reported around 1:30 PM Saturday in the apartment complex at 22nd Avenue and 85th Street.   Kenosha fire officials believe the fire began in a first floor apartment and quickly spread to the rest of the structure.   While fire officials say the building was up to code with smoke detectors, but that it did not have sprinklers, which they say would have help stem the spread of the fire.

When firefighters were dispatched, they said they could see the smoke of the fire at their station, ten blocks away.   It took the firefighters about an hour to put the flames out according to Battalion Chief Ken Schroeder, “Sixteen units are in this building, over thirty occupants. For them to get out of their apartments and get down stairways to safety. I think sprinklers are definitely something we would like to see in buildings of that nature...especially in our newer buildings.”

The cause of the fire is being investigated but officials do not believe it to be suspicious.

The four people injured in the fire are recovering in a local hospital.  Their current conditions are not available.