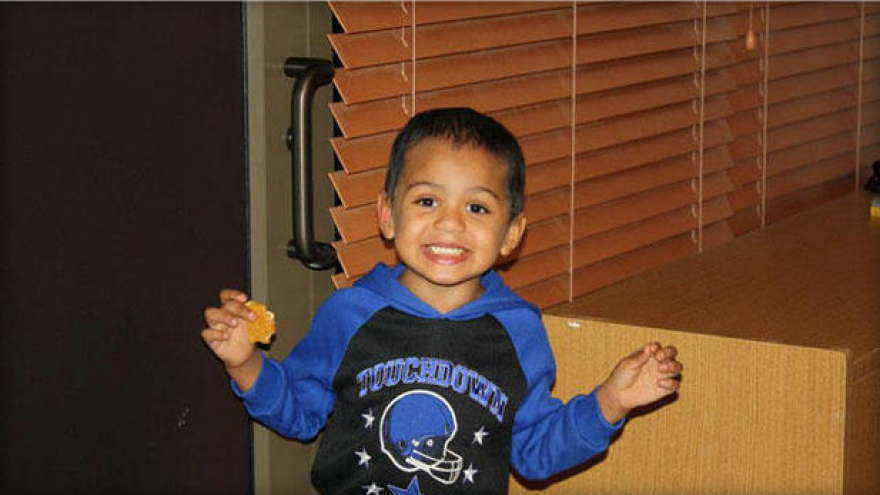 KANSAS CITY, Kan. -- A Kansas man was sentenced to life in prison Monday for the killing of his 7-year-old son, who authorities say was subjected to horrific abuse and was "essentially starved to death" before his remains were found in the family's pig sty.

Michael Jones, a 46-year-old former bail bondsman from Kansas City, pleaded guilty in March to first-degree murder in the 2015 death of his son, Adrian Jones. He was sentenced Monday to life in prison with the possibility of parole after 25 years.

The boy's stepmother, 31-year-old Heather Jones, pleaded guilty to the same charge in November and is serving a life sentence. She insisted that she felt helpless to protect Adrian and herself from her abusive husband, but investigators said she, too, abused the boy and she received an additional five years and eight months in prison for child abuse.

During Monday's hearing, Michael Jones declined the judge's offer to address the court, and turned his chair so that he could not see family members who testified about the crime.

Adrian died in September or October 2015, but his death wasn't reported to the authorities. His remains were found that November after officers learned the boy was missing while they were responding to a report that Michael Jones had attacked his wife at their home.

When the charges were filed, Wyandotte County's district attorney at the time, Jerry Gorman, said it was one the worst cases investigators had seen. He declined to discuss reports that the child's remains were fed to the pigs, saying only that they were found near them.

At Heather Jones' sentencing hearing, Sheryl Lidtke, a former prosecutor in the case, said that Adrian had been physically and emotionally abused, confined and "essentially starved to death."

"He was horribly abused, neglected and ultimately killed," Lidtke said. "I'm sure his suffering was unbearable."

Adrian's biological mother lost custody of him and two of his siblings several years ago. Her mother, Judy Conway, said last week that she finally brought herself to look at videos and digital photos from the Jones' home that showed the horrific abuse Adrian suffered in the months before he died. There were more than 30 security cameras set up throughout the home.

Conway said the Joneses kept Adrian naked in a shower stall and modified it so that he couldn't get out. She said they sometimes strapped her grandson, whom she called "a gorgeous little boy" with "the kindest heart," to an inversion table and that they made him stand in a swimming pool overnight, up to his neck in stagnant water. Conway said the videos and photos show that Heather Jones sometimes beat Adrian with the end of a broom handle and kept alarms on the family's food so that he couldn't take any when he was hungry.

The first time she saw the material, she told the Associated Press, "I physically threw up. That's how bad it was."

"What they did to my grandson was beyond horrific," she said.

The Kansas Department for Children and Families' chief, Phyllis Gilmore, said in a statement Friday that agency "thoroughly investigated" each reported incident of alleged abuse or neglect involving Adrian, though she did not divulge the number of cases or their context.

Gilmore added that although the family's frequently alternating residency between Kansas and Missouri "greatly disrupted continuity of services and evaluation," Kansas child-welfare officials often shared information about Adrian "when known" with their Missouri counterparts.

Gilmore said her agency last had contact with the family in early 2012.

The department's records involving Adrian remain under court-ordered seal, though Gilmore said they will be released if a pending open-records request is granted. 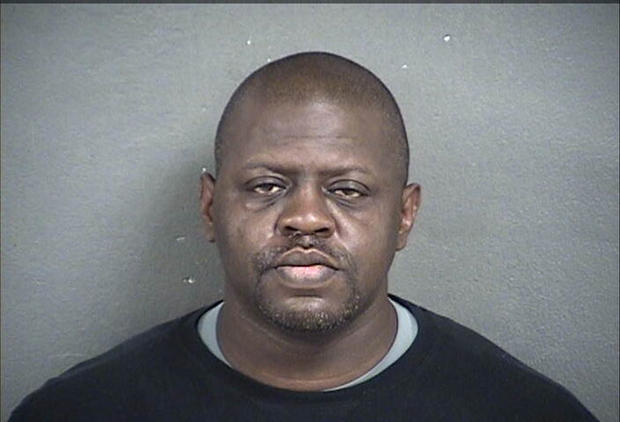 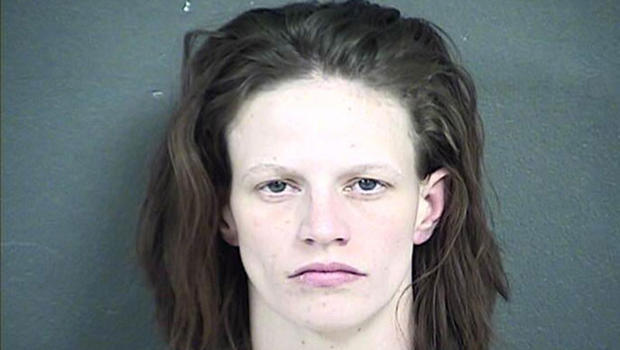