July ends above-average on temps and below on rain 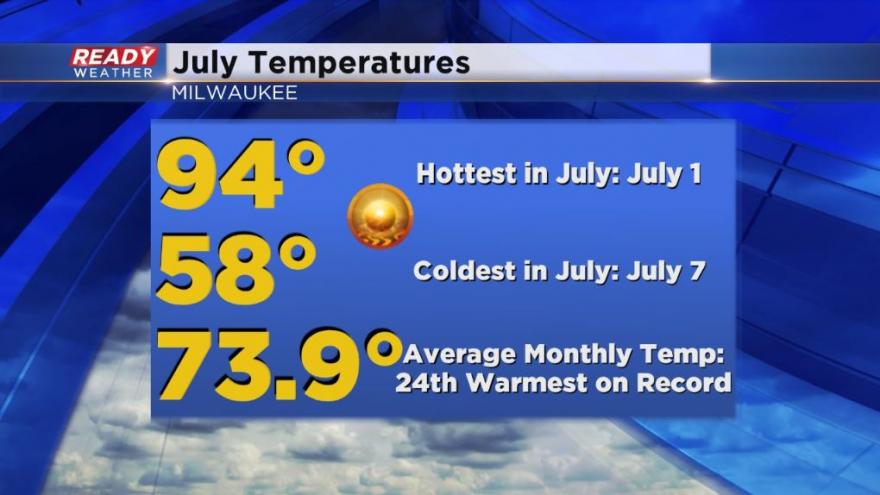 July was a month of up and downs in the weather world. It started very hot with temperatures in the 90s. The warmest day was July 1 when the high hit 94°. The second half of the month was a lot cooler with highs mainly in the middle to upper 70s. The coldest day was July 7th when the low hit 58°.

Overall the average temperature in July was a couple degrees above average. When you crunch the numbers it goes down as the 24th warmest July on Record in Milwaukee with records going back to the late 1800s.

When it comes to rain we didn't have a whole lot, at least not consistently. Most of the rain fell around July 20th when about 2.50" of rain fell over three days. Besides that, rain was hard to come by and the month ends 0.84" below-average with a rain total of 2.83". It's also well below last year's July when 3.69" of rain fell. 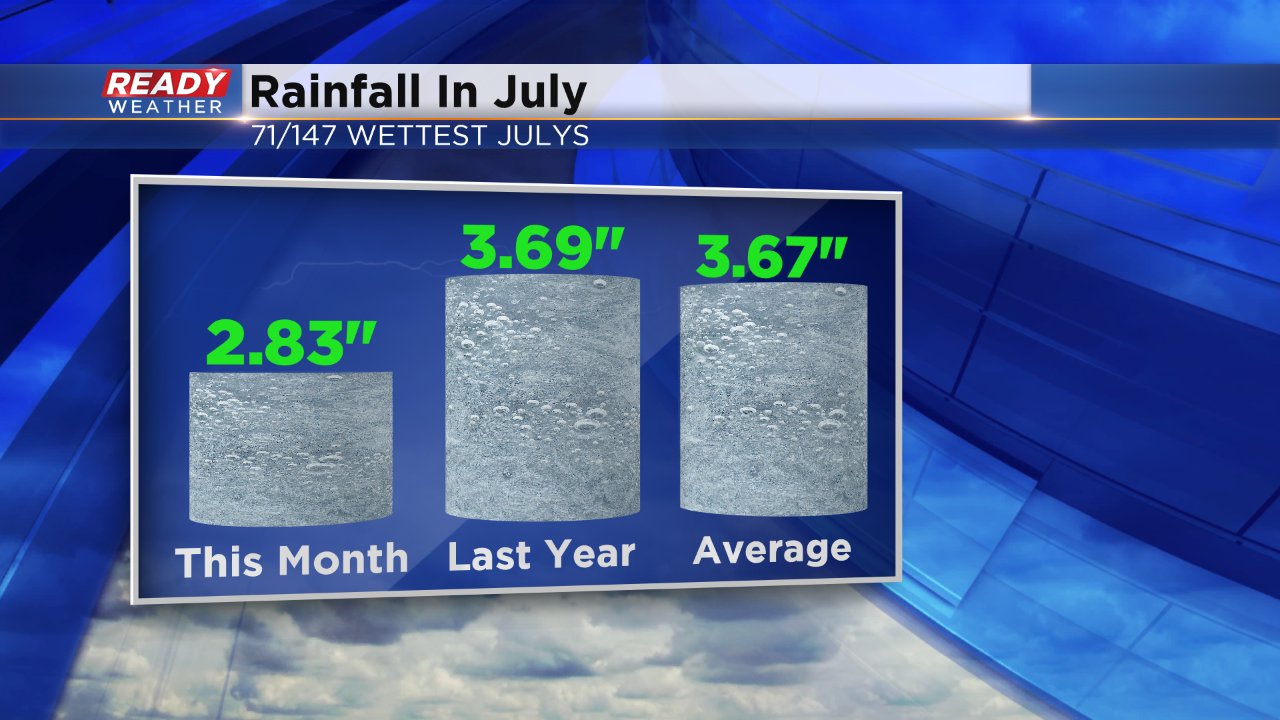 When you crunch to numbers it will go down as the 71st wettest July on record in Milwaukee which out of 147 years of data basically puts it right in the middle.