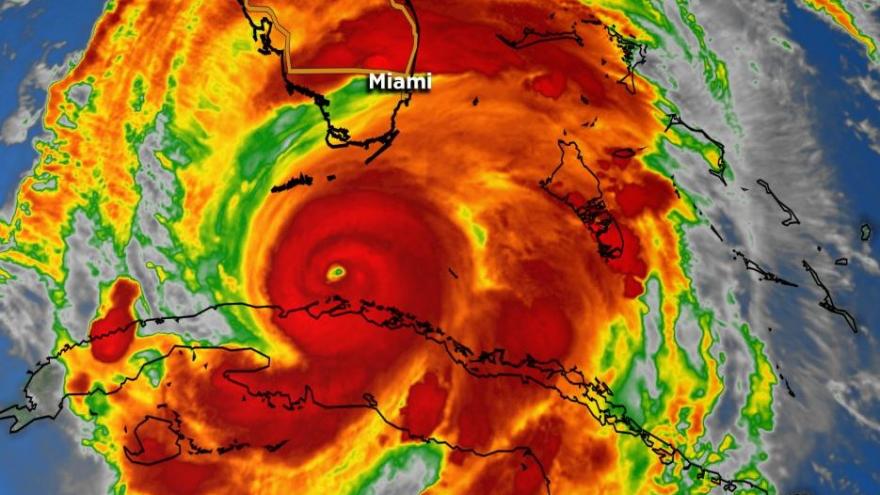 PALM BEACH GARDENS, Fla. (CBS News) -- A Florida man says his Facebook event inviting people to shoot at Hurricane Irma was a joke that got out of hand, saying Sunday that he never expected anyone to take his suggestion seriously.

More than 50,000 people had signed up by Sunday after 22-year Ryon Edwards of Daytona Beach posted the invitation with the note, "YO SO THIS GOOFY LOOKING WINDY HEADASS NAMED IRMA SAID THEY PULLING UP ON US, LETS SHOW IRMA THAT WE SHOOT FIRST."

Edwards told The Associated Press on Sunday in a Facebook message it "seems the joke may have gone over many people's heads. I've got people in my inbox mad as hell because they think this is actually happening. I don't know whether to laugh or sigh."

Most, but not all, Facebook responders seemed to understand that Edwards was not serious, posting photos and comments making fun of Florida stereotypes, including pot-bellied men dressed only in their underwear holding handguns and rifles.

Just in case some people didn't understand the joke, the Pasco County Sheriff's Office tweeted late Saturday: "DO NOT shoot weapons  (hashtag) Irma. You won't make it turn around (and) it will have very dangerous side effects." People have been killed by falling bullets.

Edwards said in a Facebook post Sunday there is a lesson to be taken from his viral experience.

"It was cool to see the response this got from facebook," Edward wrote. "On another note, I've learned that about 50% of the world could not understand sarcasm to save their lives. Carry on."