JetBlue passenger urinates on others 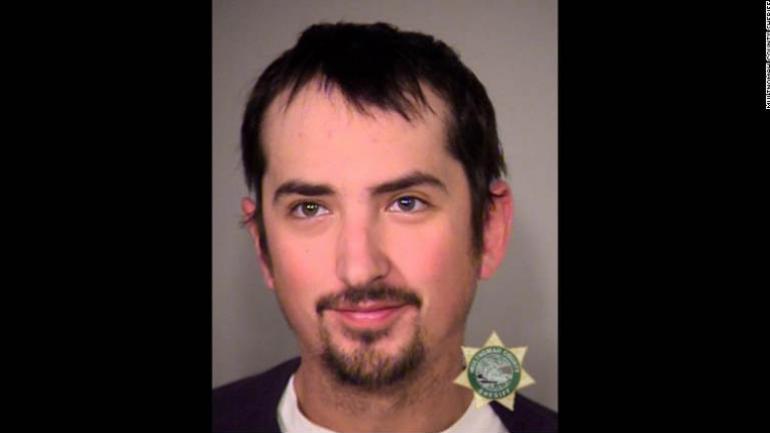 (CNN) -- A passenger on a Portland, Oregon-bound JetBlue flight is accused of urinating on fellow travelers, seats and luggage.

Jeff D. Rubin, 27, slept through most of the three-hour flight originating from Anchorage, Alaska, according to a Port of Portland police report.

About 30 minutes before landing \"he stood up and began urinating through the crack of the seat onto the passengers seated in front of him,\" read the report.

\"At some point Jeff Rubin lost his balance causing him to fall backwards and urinate upwards which got on the passengers and seats next to him as well as some other passenger's personal belongings,\" police said.

When police boarded Flight 47 in Portland, Rubin was slumped in his seat and sleeping, officials said.

He was booked into the Multnomah County Detention Center, where urinals are readily available in all cells.

He was released on his own recognizance.

It was not clear Friday whether he had an attorney.

CNN left a message at what's believed to be his residence.