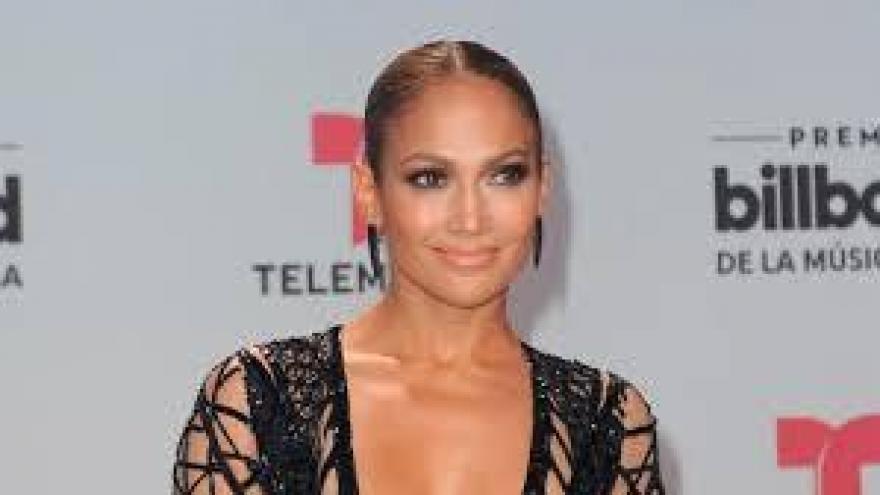 The singer, who is often credited with popularizing the barely-there dress trend, arrived at the Billboard Latin Music Awards in Miami donning a black dress by Julien Macdonald with a plunging neckline, open sheer panels and a sky-high thigh-high slit.

After her heartfelt performance, Lopez told ET of the single, \"It's an emotional song. A lot of the songs on the album are like that, even the up-tempo ones have like this beautiful lyrical content ... about love and life.\"

\"I think it's one of the best albums I've made in a long time and i'm super proud of it,\" she said, adding that Rodriguez \"loves\" her new music.

\"I'm so excited, you know, every time I finish something, I bring it home and I want him to hear it,\" she said. \"He's so supportive. He's such a supportive person and he's so lovely.\"

Lopez explained that Rodriguez was working in Connecticut and couldn't make it to the show.