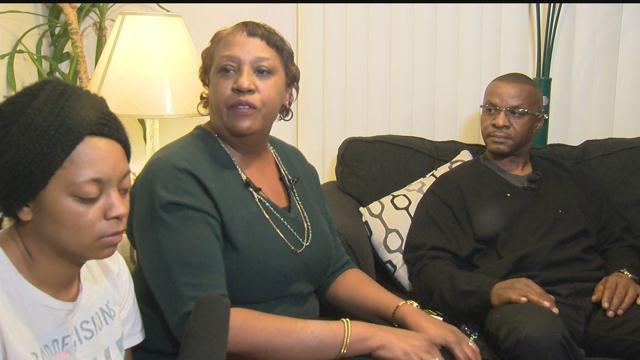 Jay Anderson Jr.’s family was disappointed with the DA’s decision to not charge the police officer responsible for his death and is now hoping for a new investigation.

CBS 58's Amanda Porterfield sat down with the family shortly after the decision was announced.

After hearing no charges Jay Anderson Jr’s family cried and they were angry, but they promise they will keep fighting and say the next step is a federal investigation by the Department of Justice.

“He didn't harm nobody and it’s just so unfair that I have two kids by him who will never know him,” said Star Delarosa, Jay’s fiancée.

Anderson's family was emotional at a news conference after hearing the man who shot him won’t be charged.

“They're letting this murderer walk away. We are very hurt, and they're talking about their getting threats, they don't care about us, our son is dead. It’s been a game from day one and I am sick of it. We are not going to stop fighting for my son,” said Linda, Jay’s mom.

A federal investigation into the case has been granted by the Department of Justice. The family says they've seen better video than what was released by police on Monday and don’t believe the dash cam footage released by Wauwatosa Police shows what really happened. The family wants the additional video released.

“He was not going for no gun,” said Jay’s dad Jay Anderson Sr.

“He was inebriated, he was asleep and he was going down. Not lunging,” said Linda Anderson.

According to the report released by the District Attorney, Jay Anderson Jr was lunging to the area where his gun was when the police officer opened fire killing him.

The family’s main concern is that the officer will be back on the streets since this is the officers second deadly shooting in a year something Jay Anderson Jr’s young son says scares him. When our reporter asked Jay’s son how he feels about the officer getting let go, he said, “what if he kills another person?”

Jay Anderson Jr’s family had the support of the Tosa Together Citizens Group and has asked that the community be peaceful but also said they want people who disagree with the DA’s decision to call the District Attorney and Wauwatosa Police to complain.