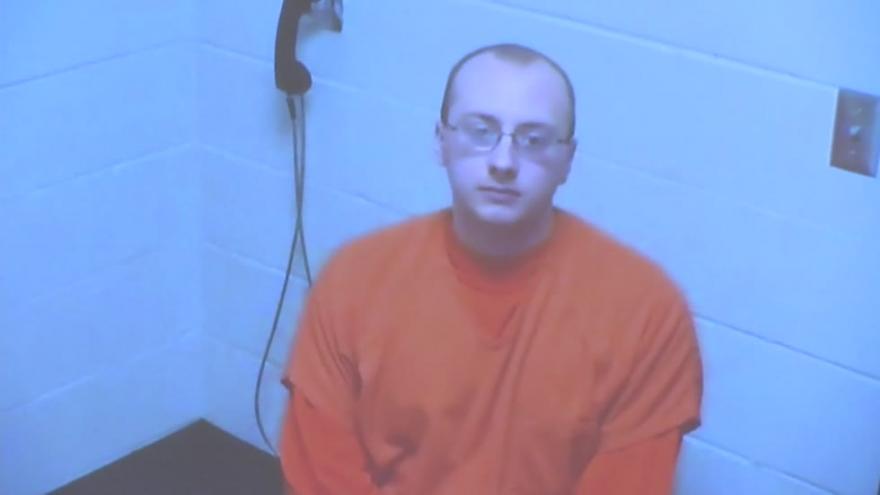 MADISON, Wis. (AP) — Defense attorneys for the man accused of kidnapping a Wisconsin teenager and killing her parents acknowledged Wednesday that they're starting the case at a disadvantage after their client gave detectives a detailed confession and said they're not sure he can get a fair trial in the state.

According to a criminal complaint , 21-year-old Jake Patterson outlined in detail for detectives how he gunned down 13-year-old Jayme Closs' parents Oct. 15 in their home near Barron and abducted the girl. Jayme escaped last week from the remote cabin where Patterson had been hiding her. Patterson was arrested minutes later and charged Monday with two counts of homicide and kidnapping.

"Yes, it looks like you start out behind the eight-ball a little bit," Glynn said.

Jones said the defense team will evaluate Patterson's statements to determine whether they were given voluntarily and if they're true. He cautioned that prosecutors have amassed 30 banker's boxes full of evidence, but the defense likely won't receive any of it until after Patterson's Feb. 6 preliminary hearing.

He said he doubts Patterson can get a fair trial in Barron County or maybe anywhere in Wisconsin given the publicity surrounding the case.

Barron, which lies about 90 miles (145 kilometers) northwest of Minneapolis, is home to about 3,400 people. Investigators took more than 3,500 tips during the three-month search for Jayme. Some 2,000 people participated in a ground search for her on Oct. 23.

The defense attorneys said they had an extensive conversation with Patterson in jail, but they declined to reveal anything that was said. They described his demeanor as "appropriate" for a 21-year-old facing such serious charges but didn't elaborate.

Patterson's father, Patrick Patterson, visited the Barron County Justice Center on Tuesday, saying he wanted to pass a note to the Closs' family, CNN reported . On the verge of tears, Patrick Patterson declined an interview but said: "All I care about right now is Jayme's family."

Barron County Sheriff Chris Fitzgerald told the AP he had no knowledge of a note from the Patterson family.

Glynn and Jones described Patrick Patterson as a genuinely kind man who feels terrible. They said he didn't know what was going on, even though his son told detectives Jayme was trapped beneath his bed during several visits from his father.

"You can't blame the parents," Naiberg told the AP. "A guy becomes 21 years old, and sometimes it's not how he was raised or anything."

"She doesn't want to talk to anybody ... (but her aunt is) bringing her out of her shell slowly," Naiberg said of Jayme.

Naiberg said Jayme wants to return to school but it isn't sure when.