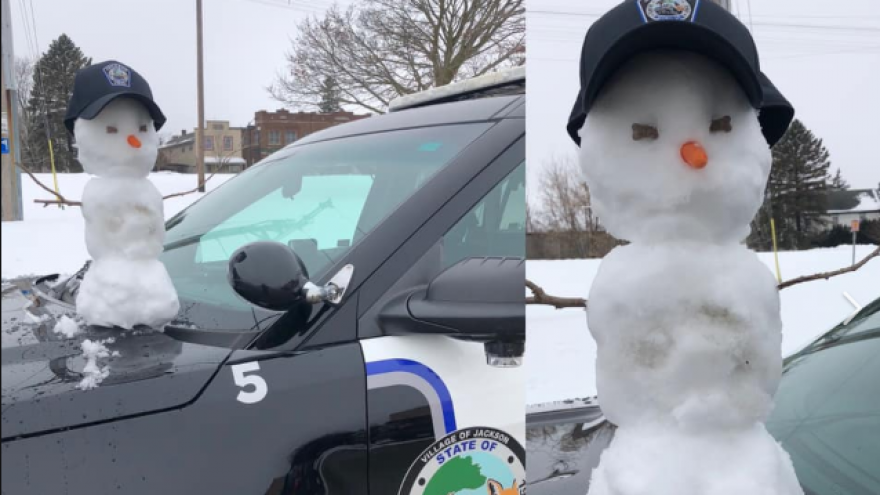 The police department put out a plea on Facebook for some snowman pictures.

Police said that while driving around the past few days -- they've noticed a serious lack of snowmen and they're hoping to change that with a friendly contest.

Send Jackson police a message on Facebook with a picture of your best creation, your age, and your address. (Address won't be shared publicly.)

Jackson police will then post all of the entries on their Facebook page and the picture with the most votes will win dinner for up to four people, with Sgt. Brinks and Officer Gerke, at Culver's.

Entries are being accepted up until Tuesday, Jan. 28 at 8 p.m.

The pictures will be posted Wednesday morning for voting. 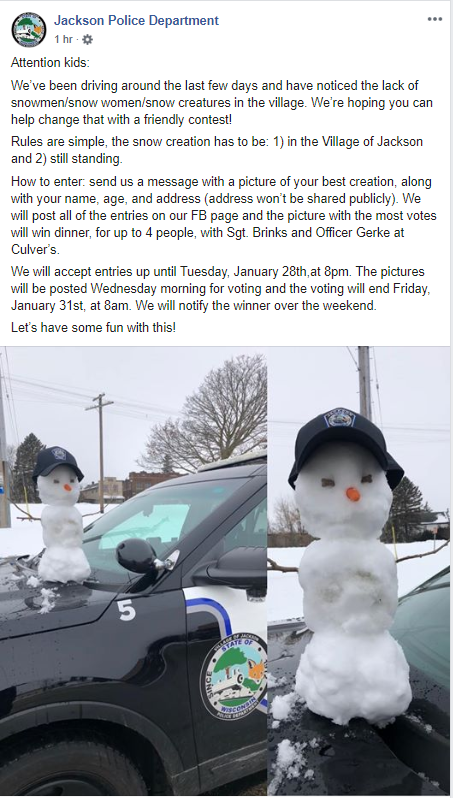