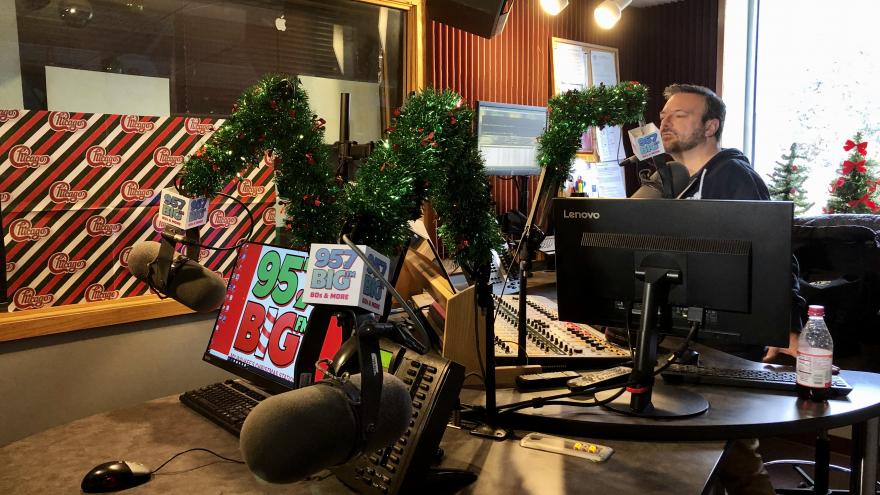 MILWAUKEE (CBS 58) -- If you turn on your radio you may hear something you weren't quite expecting: Christmas music. Some stations wanted to start spreading holiday cheer despite the big day being weeks away.

It may still be November, but at 95.7 BIG FM, Christmas if in full swing. Holiday music started playing Tuesday morning, Nov. 19 and it will continue 24/7 until the big day.

Christmas is in full swing at @957bigfm! ?The station started playing holiday tunes this morning. It’ll be on 24/7 until Dec. 26 ? Hear why they decided to start playing it coming up on @CBS58pic.twitter.com/YayZafyeyq

The sites and sounds of St. Nick filled the studio at Milwaukee's Christmas station.

"We've been getting texts and emails and calls for a couple of weeks now asking when we're going to launch Christmas because we've been doing it for over a decade now," said Brett Andrews, 95.7 Big FM director of programming and morning show host.

The big question is, is it too early?

Just looking at Mayfair Mall, the answer would be no.

"No, I could honestly be celebrating Christmas in summer, I love Christmas so much," one shopper said.

"No, it's never too early, we actually have our tree up, it's been up for two weeks," Pleasant Prairie resident Laura Grzeszkiezicz said. "Christmas carols have already started, we found the station today, so we're excited about that."

But, not everyone is excited for a holly, jolly Christmas.

"This cannot happen right now," West Bend resident Fallon Jacobs said. "It's like the day after Thanksgiving, that's when you start everything."