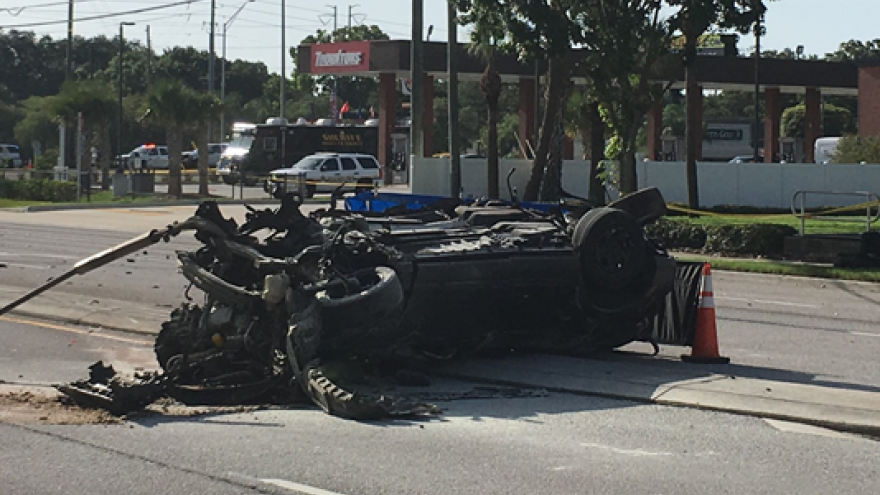 PINELLAS COUNTY, Fla. (WFLA/CNN) – Not a day goes by where Ricky Melendez doesn’t think about the crash that nearly took his life.

He feels the pain all the time. That feeling got a whole lot worse this week when a letter showed up in his mailbox from his insurance company, Geico, explaining that they paid $20,000 to the families of the three boys who crashed into Melendez back in August.

“To be honest, it was like it ripped my heart out. It was like a punch in the gut like I never felt before,” Melendez said.

Melendez and his attorney Mark Roman are confused why Geico gave money to the parents of Keontae Brown, Dejarae Thomas and Jimmie Goshey, who deputies say stole an SUV and crashed into Melendez.

The three teens died in the crash. Keondrae Brown, who was also in the SUV, survived.

“The idea that Geico would pay bodily injury coverage to the families of the perpetrators is disgusting. It’s shocking,” Roman said.

Investigators explained that Melendez was simply driving to work and became an innocent victim when the SUV crashed into his car.

He feels like he should be off the hook instead of watching money change hands between Geico and the teenagers’ parents.

“I’m upset and hurt by the fact that they even felt like they deserved any kind of payment,” Melendez said.

Roman thinks the company may have something up its sleeves in case the families try to make Melendez responsible.

“It’s a little bit like hush money. To keep in quiet,” Roman said.