Inside Gridiron Glory in Santa Clara for Super Bowl 50 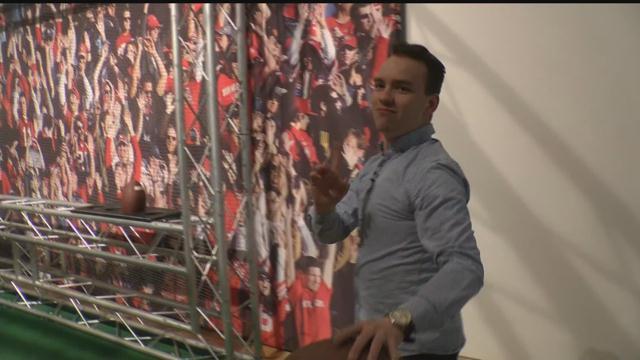 As we've been showing you the past few days most of the fan activities for the Super Bowl are in San Francisco and the distance is making some native Santa Clarans mad, but Santa Clara does have some fan activities including an exhibition of items from the Pro Football Hall of Fame called Gridiron Glory houses at the Triton Museum of Art.

CBS 58s Justin Thompson-Gee went inside the interactive exhibit to bring you some of the sights and sounds.

When you first walk in there is an opportunity to try on football pads and see how your hand size compares to storied quarterbacks.

The curator the museum tells CBS 58 that thousands of non-traditional visitors have been through the museum in the past few weeks and the exhibition will stay open through April.