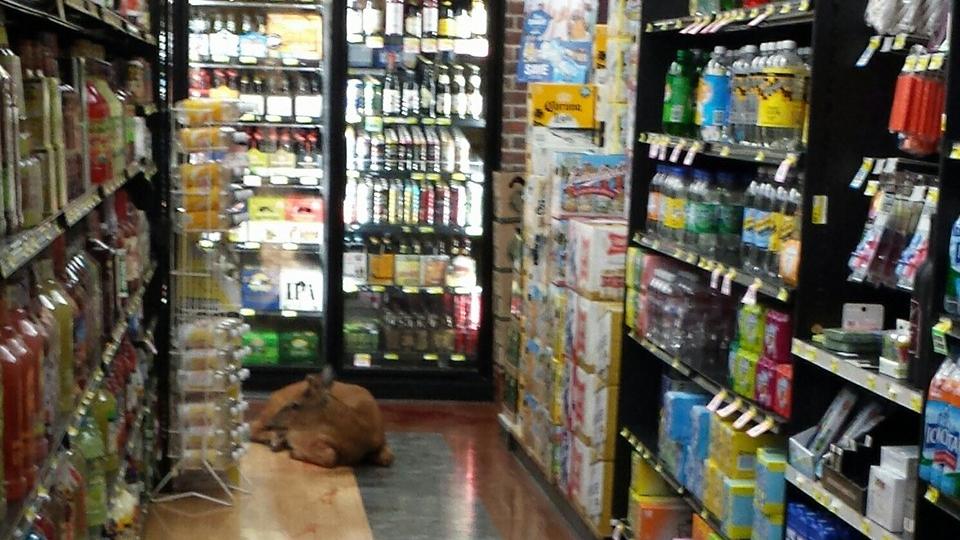 CBS 58—A deer running down the aisles of an Oconomowoc Piggly Wiggly caused a stir Friday night.

“Everyone was in shock because you don't expect a deer to be inside the building,” said Mike Edwards, the manager on duty at the time.

Edwards says it wasn't as comical as it may sound. The animal was badly hurt after trying to run through the glass windows in the strip mall.

“It had a broken leg obviously, and there was a little bit of blood,” Edwards said.

After hitting the glass, the injured deer ran down the sidewalk to the Piggly Wiggly where the doors open automatically.

“My immediate was concern for the customers and then compassion for the deer,” Edwards said.

Edwards says the deer didn't cause any damage and eventually lay down in the liquor section. Police and the DNR arrived and evacuated the store.

“Right in mid shopping so there were carts all over the store half full and carts in the checkout lanes,” Edwards said.

After about an hour, the DNR was able to remove the animal. Edwards says this is definitely the first and ideally the last deer on the loose for the Piggly Wiggly.

“Hopefully not to many more in the future and if there are, not injured when they get here,” Edwards said.