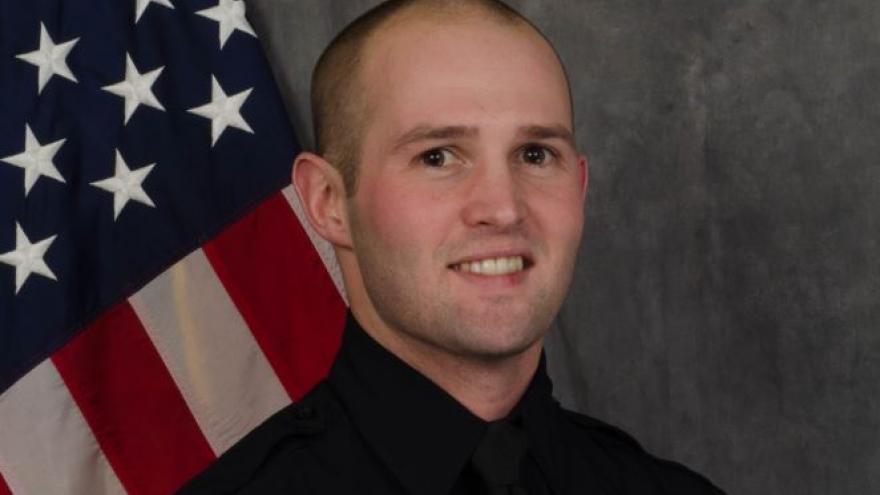 Officers responded and saw a single car crash two blocks north of the traffic stop location. A 49-year-old man identified as Eddie Patterson was found dead inside the car. Officers located Officer Cox who was critically injured at the scene of the crash. Officers immediately administering first aid and took Officer Cox to the hospital where he died from his injuries.

An initial investigation indicates that Officer Cox was involved in a scuffle during the traffic stop that resulted in the officer becoming entangled by the suspect vehicle. Police believe Officer Cox fired his gun during the incident.

The cause of death for Officer Cox and for Eddie Patterson have not yet been determined.