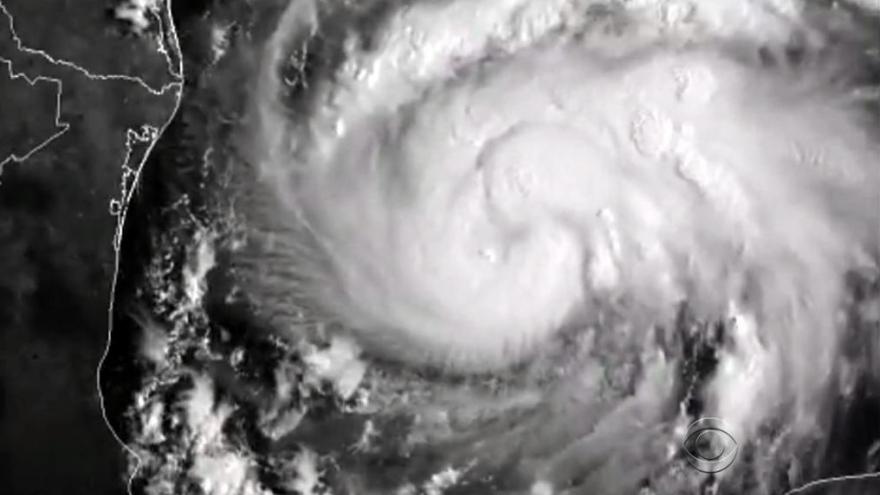 TEXAS (CBS News) -- Hurricane Harvey may have a big impact at the gas pump.

The hurricane is expected to hit a refinery-rich stretch of the Gulf Coast, leading to expectations that some refineries will shut down until the storm passes. That could disrupt gasoline supplies and boost prices across the country.

Wholesale gasoline futures rose Thursday 5 cents, or 3 percent, to $1.66 per gallon, and experts say that will quickly show up on service-station signs.

"Starting (Thursday night) you could start to see the Harvey effect being factored into gas prices," said Patrick DeHaan, an analyst with GasBuddy. "The good news is this isn't Hurricane Katrina."

That Gulf storm in August 2005 caused about a 40-cent increase overnight, DeHaan said. We might not know the full impact of Harvey until Monday, when refineries have had a chance to assess damage, which could be caused by flooding or power outages, he said.

"We'll see retail prices move up in every nook and cranny of the country through this very uncertain weekend," said Tom Kloza, an analyst with the Oil Price Information Service.

Kloza said an increase of 5 to 15 cents per gallon was most likely but a spike of up to 25 cents by Labor Day was possible if the hurricane hits a refining center.

Before the storm crept so close to the Texas Gulf Coast, the nationwide average price for a gallon of regular gasoline rose a penny this week to $2.35, according to AAA. A year ago, the average price was $2.19 a gallon.

In the Gulf of Mexico, oil and natural gas operators have begun evacuating workers from offshore platforms.

The U.S. Bureau of Safety and Environmental Enforcement said that based on reports from operators at midday Thursday, workers had been removed from 39 platforms. The agency said that nearly 10 percent of oil production and 15 percent of natural gas output in the Gulf had been shut down.

Exxon Mobil shut down two of its platforms and was evacuating all personnel in the expected path of the storm, said spokeswoman Suann Guthrie. She said refineries were operating normally late Thursday.