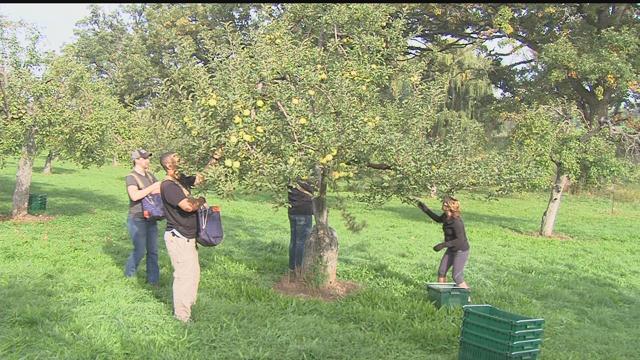 ORIGINAL: "Eating local" is a relatively recent food trend -- but Hunger Task Force is ahead of the curve.

Milwaukee's free food bank is the state's leading anti-hunger organization, providing food and fresh-grown produce to those who need it in Milwaukee County.

"Milwaukee has one in four children that's waking up in a house that doesn't have enough food," said Sherrie Tussler, the group's Executive Director.

Solving the hunger problem is a community effort, said Tussler. It's done with donations, local programs throughout the year, and a special take on the latest farm-to-table eating craze.

Since 2004, Hunger Task Force has operated a 200 acre property in Franklin -- from the farm comes 1 million pounds of fresh produce – with the help of local people looking to help.

“Over the course of a year we’ll have five thousand volunteers work the farm and we couldn’t feed the needy without their help.”

On Thursday, CBS 58 is teaming up with Hunger Task Force for the first-ever Match Madness MKE. All donations on Thursday will be matched dollar for dollar. Call 414-777-5801 or visit MatchMadnessMKE.org.