Hundreds gather for MAGA rally near Mayfair Mall, one arrested 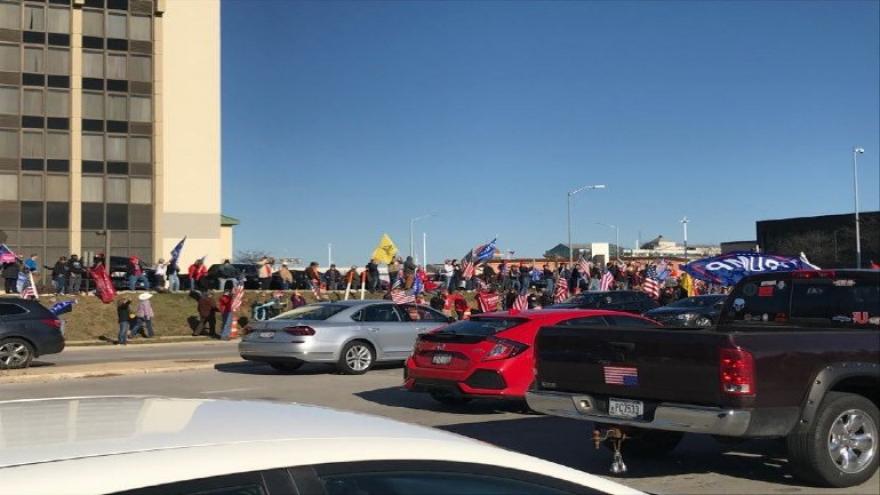 A CBS 58 crew on scene says the crowd continued to grow during the afternoon and began to break up around 1 p.m.

Wauwatosa Police say the rally, which was held at the intersection of Mayfair and North, had approximately 500-600 people lined along the sidewalks.

According to police, one person was arrested for disorderly conduct. There were no reports of injuries or property damage.

Summary of the rally held this morning at the intersection of N Mayfair Rd/W North Ave:

Law enforcement monitored the area as 500-600 people lined the sidewalks. No injuries or property damage occurred. One arrest was made for disorderly conduct.

"We appreciate that a majority of the group stayed on the sidewalk which allowed traffic to move through the area," the Wauwatosa Police Department tweeted.

The event flyer featured a photo of former sheriff David Clarke, a strong Trump supporter, and says "building critical mass for a march on Supreme Court."

The rally was scheduled days prior to the mass shooting that happened at Mayfair Mall on Friday. The shooting left seven adults and one teen injured. They were transported to local hospitals and expected to survive. Police are still searching for the shooting suspect.

This is the scene on Mayfair Road in Wauwatosa right now at a rally supporting @realDonaldTrump. pic.twitter.com/k39qbAYQme

Current look at the area near #mayfairmall where a #MAGA#stopthesteal rally is taking place. pic.twitter.com/Q4elpVxt8c 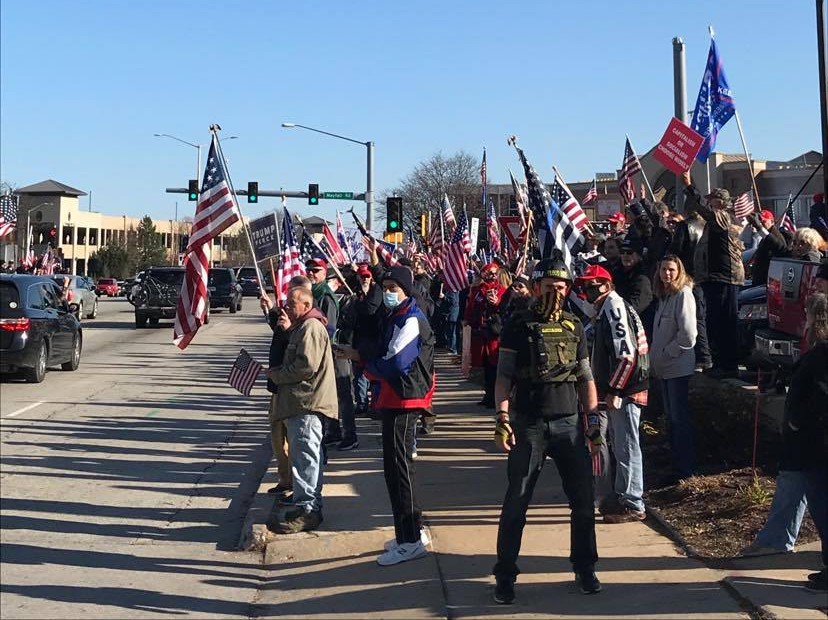