Hundreds Brave the Snow for the Milwaukee Holiday Parade 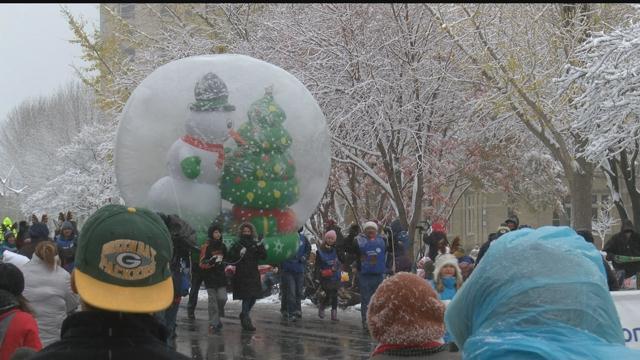 If you think about it, with the Milwaukee Holiday Parade Saturday morning, the snow couldn't have come at a better time. And if you asked the people who braved the elements to watch the parade, they didn't seem to mind either.

A little bad weather wasn't going to stop some families from enjoying the Holiday parade, instead they just prepared for the elements.

“Hot chocolate, coffee, we did bring popcorn because we bring that every year and chairs so we're not sitting in the wet snow,” said D’Ann Laetsch from Oconomowoc. “It’s tradition. I make puppy chow and some seasoned pretzels and some karmelkorn and hot cocoa,” she continued.

For a lot of people, coming to the parade is a family tradition.

“Probably about 50 years, there sometime in between. My aunt would bring me down when I was a little girl and we'd watch from her office. It was nice and warm. Once I started having kids even through college would come down on those weekends and carried on the tradition,” said Laetsch.