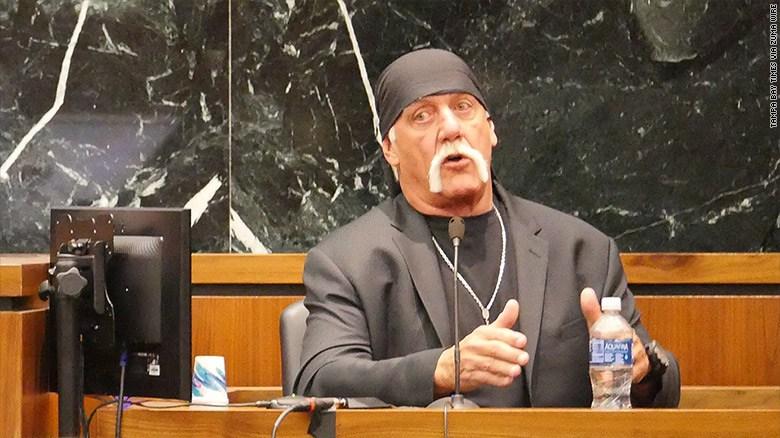 (CNN MONEY) Jurors in the Hulk Hogan sex tape case ignored a plea for mercy Monday and added another $25 million to the $115 million they already awarded ex-wrestler Hulk Hogan.

The jury deliberated nearly four hours before deciding on the punitive part of the case.

Hogan had sued Gawker, founder Nick Denton and former editor A.J. Daulerio for violating his privacy by posting a snippet of a sex tape.

Outside the courthouse in St. Petersburg, Florida, Hogan and his attorney David Houston hailed the jury's decision.

"I feel great. I'm really happy about everything that's happened," Hogan said. "I think we made history today because I think we protected a lot of people from maybe going through what I went through. So we're very excited, very happy."

When asked if he expected such a steep monetary judgment, Hogan said he "didn't know to expect."

"It was only the right thing to do, folks," Houston chimed in. "Of course we did."

Shortly after the ruling, Gawker President Heather Dietrick said she was confident the online news site would win the case on appeal. She cited a trove of documents that the jury had not been allowed to see and testimony it was not allowed to hear.

"There is so much this jury deserved to know and, fortunately, that the appeals court does indeed know. So we are confident we will win this case ultimately based on not only on the law but also on the truth," Dietrick said.

Monday's decision came after the judge told the jury what each of the defendants was worth and lawyers for both sides made their arguments.

For the company, that's $83 million, and for Denton, the figure is $121 million, Judge Pamela Campbell told the jurors. Daulerio has no assets, but owes $27,000 in student loans.

Earlier Monday Hogan attorney Kenneth Turkel urged the jurors to "make a statement" with punitive damages, and to use the $115 million they awarded as a "guideline."

"You send the message," Turkel said.

"Literally everything was done with a complete and reckless disregard and intent to harm this man," he added, referring to Hogan.

He said the verdict returned last week will be "financially devastating" to Denton, and could bring "financial ruin" to Daulerio. The $115 million awarded to Hogan "exceeds the value of the entire company by $30 million," Berry said.

And he told the jurors that their decision will have far reaching implications on the entire news media industry.

"Your verdict will send a chill down the spine of writers, producers and publishers throughout the country," Berry said.