While the milestone is not necessarily how any president will be remembered, political experts say it can offer a snapshot of their priorities and strategies to address certain issues.

In his first few months into his term, Biden has delivered on two of his big priorities, passing a massive COVID-19 relief bill and ramping up vaccine supply. While both directly impact the state, many Republicans say the president, so far, is failing to reach across the aisle.

From inauguration day to the early months of his presidency, the coronavirus pandemic has defined President Biden’s first 100 days. The 1.9 trillion-dollar rescue package is what many Democrats say is one of Biden’s major accomplishments to date, despite not a single GOP lawmaker voting for it due to the size and cost of the bill.

“The American Rescue Plan was huge, it was one of the biggest bills we’ve done in Congress in years, and we needed to respond to the COVID crisis because the last administration didn’t want to,” said Rep. Mark Pocan (D-WI).

The ARPA gave some Wisconsinites $1,400 stimulus checks, billions to state and local governments, additional unemployment benefits and funding for COVID-19 testing and vaccinations.

UW-Madison Political Science Professor Ken Mayer said while the relief package was welcomed by many, it’s the rest of his priorities that will be an uphill battle. 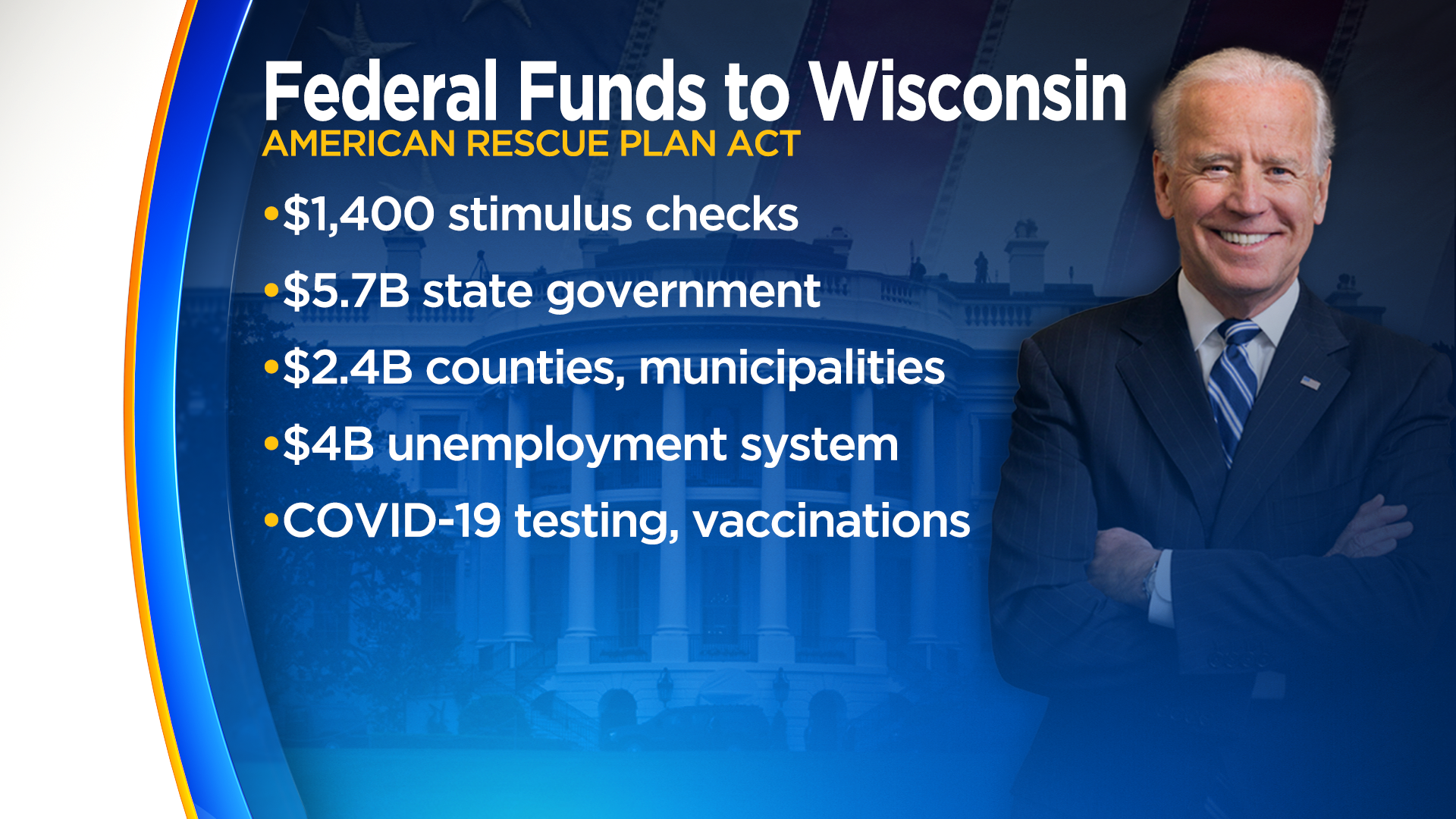 “It’s pretty popular, it’s putting money into people’s pockets, it’s providing aid to state and local governments and the unemployed, but it’s the next set of legislative proposals that will be a much tougher sell,” said Meyer.

Republicans are painting Biden's first few months in office as partisan, saying he’s failed to reach across the aisle by shutting them out of major policy decisions such as the $2 trillion infrastructure plan.

“Just a small portion of that goes towards our aging infrastructure, which is roads, bridges, billions will be inefficiently spent if that would actually come to fruition,” said Steil.

Part of Biden’s infrastructure proposal would cut right through Wisconsin by expanding Amtrak routes. Passengers could travel by rail from Madison to Milwaukee, Green Bay, Eau Claire and the Twin Cities under Amtrak’s 2035 vision.

“Creating a route between Madison and Milwaukee is an absolute boondoggle,” said Walker. “By the time someone gets to a station in Milwaukee and goes to Madison they can travel more quickly in their car, and it would cost less.”

Police reform is another key issue for the Biden administration, which is also gaining momentum in Wisconsin as a bipartisan task force on policing recently released 18 recommendations for law enforcement. Negotiations on state and federal proposals are ongoing, but whether both sides will be able to find common ground remains to be seen.

“If Congressional Republicans are not seriously interested in working with the president, it will be impossible to reach unity,” said Meyer.
Biden recently urged Congress to pass the George Floyd Justice in Policing Act, which aims to increase police accountability and to remove law enforcement tactics that have led to the death of dozens of Black Americans.