High Tech Football Helmets may not be Worth the Extra Money 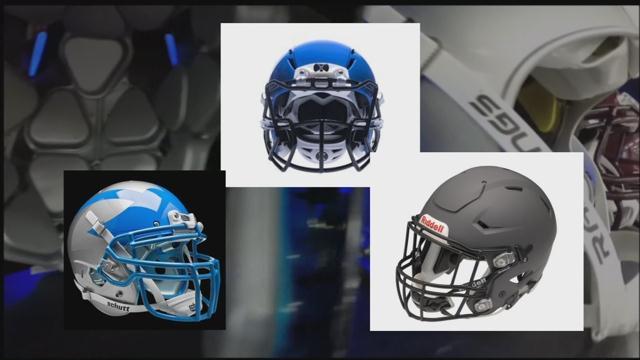 They are newer high tech helmets aimed at giving parents, coaches and players a piece of mind concussions won’t strike.

A UW study focused on more than 2,000 Wisconsin High School football players in 2012 and 2013. That study showed the type of helmet a player wears makes no difference in preventing concussions.

“I don’t think parents need to buy this false sense of security that I need to spend $500 on a helmet that is no different than a $100 helmet that would be provided by my school district,” says Tim McGuine a UW Health Senior Scientist.

According to Mayo Clinic, some of the immediate symptoms of a concussion include headache, passing out, confusion (sometimes described as being in a fog), memory loss and dizziness or seeing stars.

“Sometimes symptoms don’t appear for minutes, hours, later in the day,” says McGuine. Like problems concentrating or memory issues, irritability or personality changes, sensitivity to light and noise, problems sleeping, depression and even problems with taste and smell.

“If we put you back on the field too soon, your risk is quite a bit higher than somebody who has never had a concussion,” says McGuine.

Because of this, the Wisconsin Interscholastic Athletic Association has a strict policy for handling concussions, summed up in its handbook as, “…if a player exhibits any signs or symptoms of concussion, the responsibility is simple: remove them from participation. When in doubt, sit them out.”