Here come the Thanksgiving parade balloons, there goes our helium 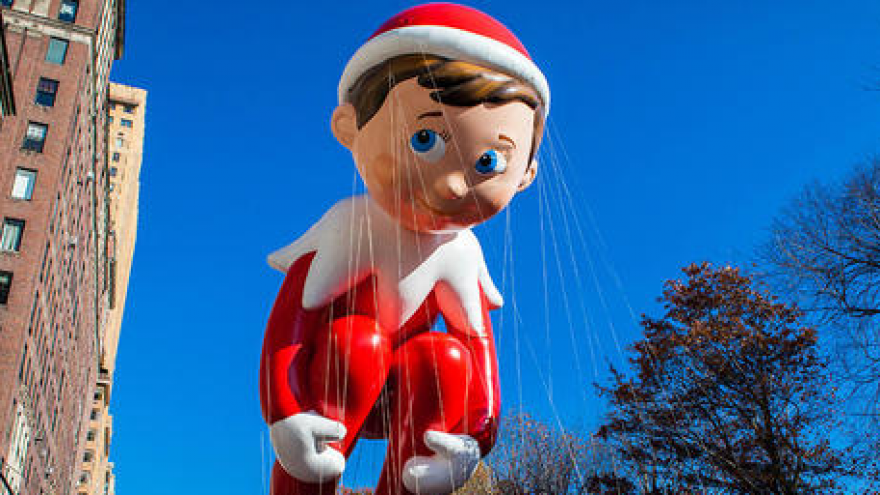 On Thanksgiving, enormous balloons of popular characters from cartoons, comics and animated TV shows and movies make their much-anticipated appearance in a stately procession down New York City avenues, part of the traditional Macy's Thanksgiving Day Parade, now in its 91st year.

Is this a frivolous use of a limited resource? Earth's helium supply is finite, and it has been dwindling for decades, with shortages reported in recent years. However, experts recently told Live Science that descriptions of helium shortfalls may have been — for lack of a better word — overinflated. [Beyond Balloons: 8 Unusual Facts about Helium]

Most of the helium on Earth originates in natural gas deposits — helium is produced as a by-product of natural gas — with the largest deposits found in the United States, Algeria and Qatar, John Hamak, a lead petroleum engineer with Helium Resources at the U.S. Bureau of Land Management (BLM), told Live Science.

The United States also maintains a Federal Helium Reserve, which was established in the 1960s, Hamak explained. For about a decade, the government acquired helium surpluses from private companies for storage in the reserve, eventually accruing so much that the program was halted. In 2005, the reserve began selling off its stored helium, Hamak said.

And how much of that helium is used up per year? In 2016, helium consumption in the U.S. was around 1.7 billion cubic feet (47 million cubic meters). According to the USGS report, only about 17 percent of that helium was designated as "lifting gas," which is made possible by helium's exceptionally low density. That percentage includes use for inflatables such as weather balloons, balloons for military scouting and balloons found in the Macy's parade.

Helium also has the lowest melting and boiling points of any element, and can create frigid environments, so it is frequently used in cryogenics, to chill fiber optics in computer network cables, and for cooling superconductors in magnetic resonance imaging (MRI) machinery, Hamak told Live Science. As helium does not react with anything, it can also create safe, inert environments for potentially volatile work, such as in underwater welding or for testing spaceflight fuel tanks, he said. [Why Does Helium Affect Your Voice?]

Helium is a finite resource — it can't be reproduced chemically, and what we have on Earth is the result of billions of years of radioactive decay. This has raised concerns that wasteful, widespread use of the gas would quickly consume all the helium there is, and in 2010, reports grimly hinted that the world's supply of helium could be depleted as soon as 2035.

With more computers and smartphones produced each year, the demand for helium (which is used to protect hard drives and to manufacture semiconductor chips) is greater than ever — but is that enough to create a shortage? Not quite, Hamak said.

"Shortages from the early part of this decade were caused by a combination of events," Hamak explained. Political instability in the Middle East was partly responsible, interrupting the production and export of helium extracted from natural gas. At the same time, not enough helium was being processed in the U.S. to meet growing demands, prompting government officials to draw from the federal reserve more heavily as manufacturers scrambled to catch up, he said.

But within a few years, a new natural gas plant was up and running in Qatar, which not only took care of the helium shortage, it even initiated a brief period of oversupply, Hamak said.

Unfortunately, another shortage could happen anytime — there was a brief helium shortage this past summer, when Saudi Arabia and other countries blocked exports from Qatar — but the long-term prognosis for helium is still positive, he added.

"There are ample reserves in the U.S. and around the world, so I wouldn't say we'd ever run out, necessarily. It's just a matter of when a supply is disrupted — by a plant going down or by political disturbances," Hamak told Live Science.

Which means that the Thanksgiving balloon wranglers at Macy's won't need to retire their giant, inflatable versions of Charlie Brown, SpongeBob and Spider-Man just yet.