Winter Storm Watch has been dropped 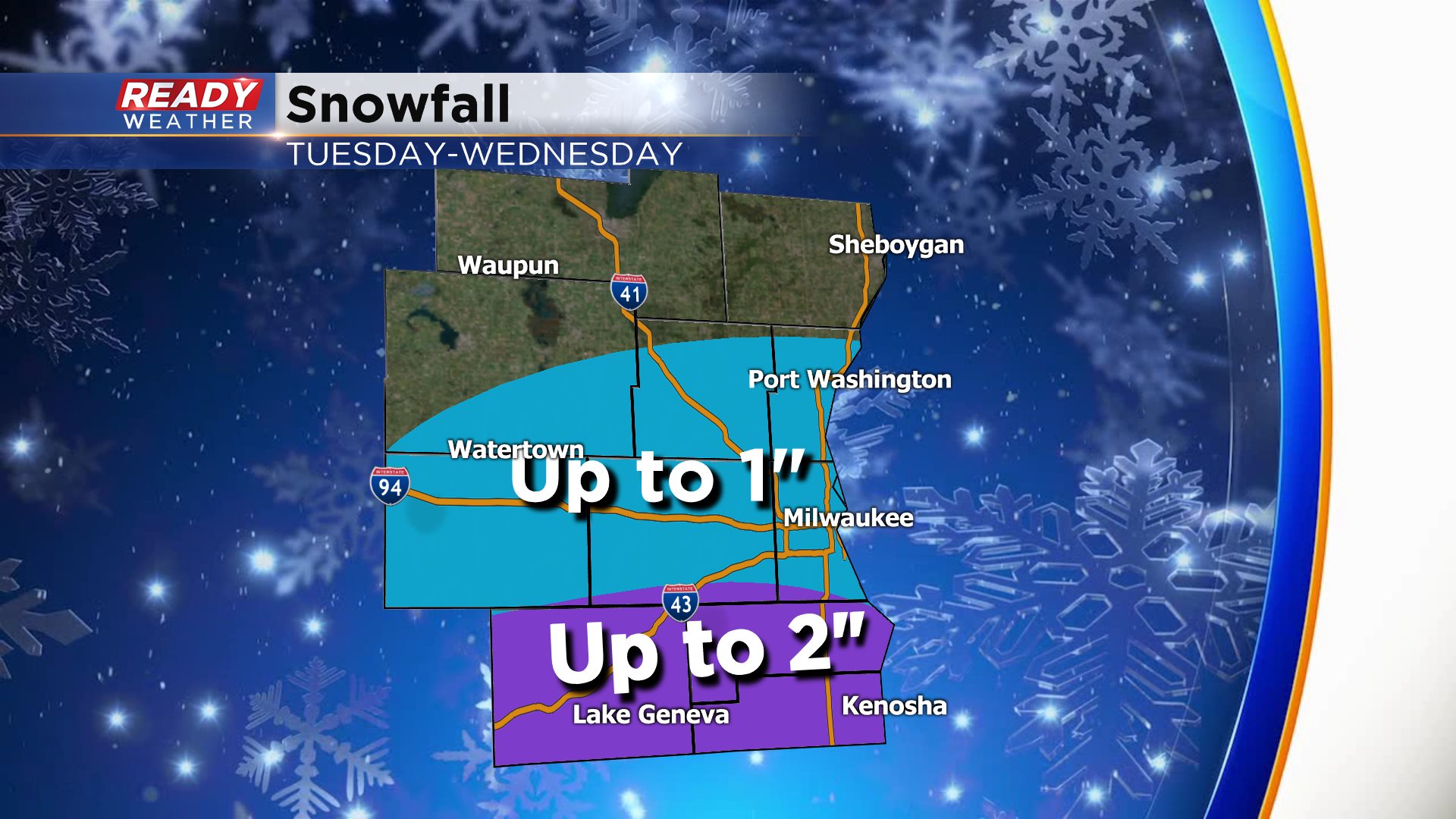 The National Weather Service has dropped the winter storm watch for all of our area for Tuesday into Wednesday.  The computer models have come in much further south than over the weekend, so any significant snowfall will remain south of our area.

There remains a chance for snow late Tuesday night into Wednesday; however, most accumulation will stay below advisory criteria to only a few inches along the border.

Some big changes to the forecast. The trend that started Sunday of shifting the storm to the south has continued with the latest round of weather models. There is now good agreement with all major weather models that southeast Wisconsin doesn't see more than 4". The bulk of that accumulation is south of I-94 with northern spots only seeing up to 1".

A winter storm watch is still in place for some communities but expect some changes there as well. The Tuesday evening commute could still be impacted with blowing snow and decent snowfall. Any other weather information below is out of date.

We are one day closer to the possibility of a winter storm and unfortunately there is little agreement among weather models and our confidence in the current forecast, especially snow totals is low. A winter storm watch has been issued for lakeside and southern communities starting around midday Tuesday and lasting through lunchtime Wednesday. The watch will likely be upgraded to an advisory or warning later Monday. 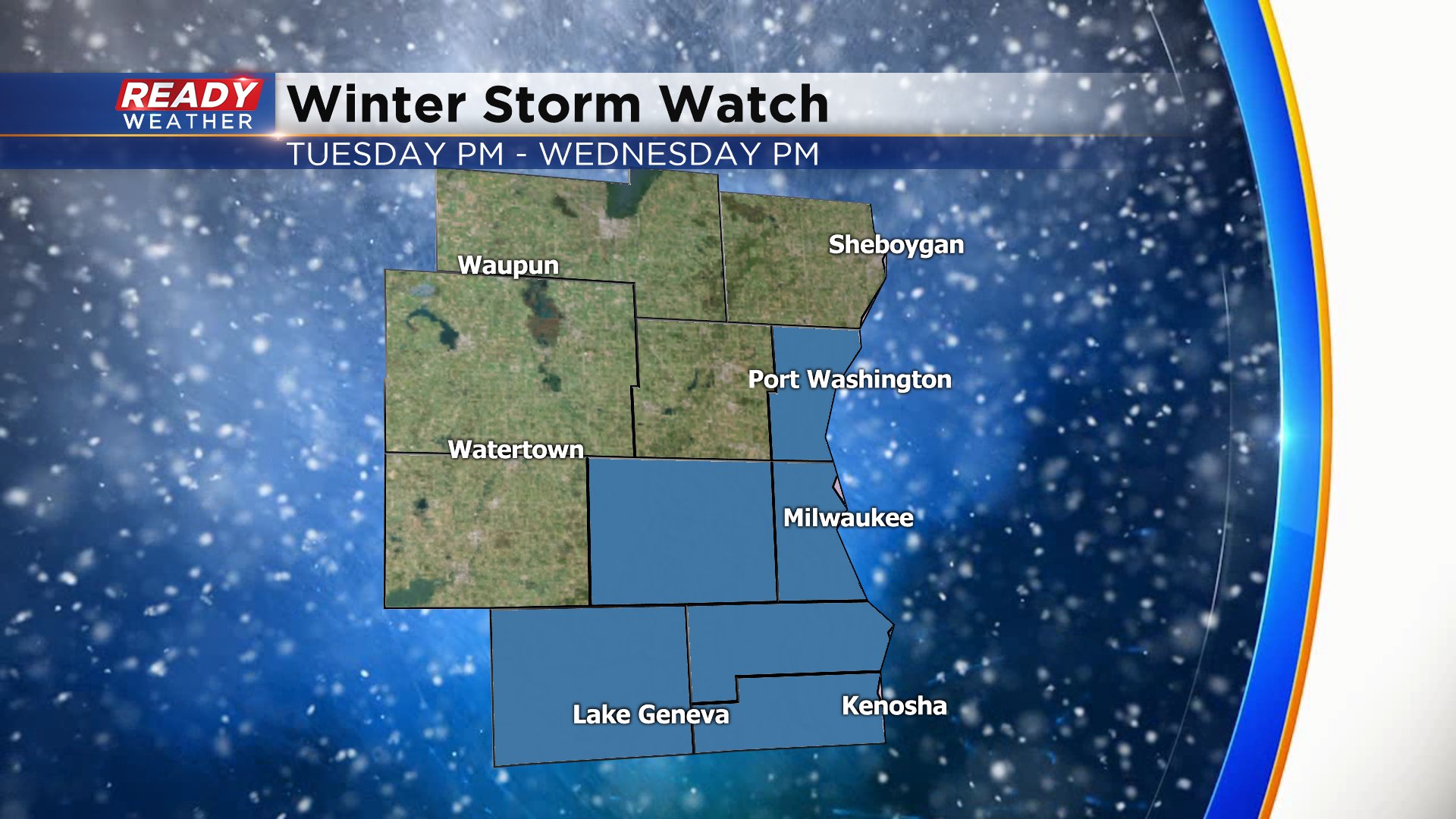 There is decent confidence in the timing of the storm and high confidence in the precipitation type. A few sprinkles may be possible when precip first starts falling early Tuesday morning in some southern communities but the bulk of this storm is just snow. A little light snow may fall in southern spots Tuesday including the Tuesday morning commute but the bulk of the accumulating snow doesn't hit until Tuesday afternoon through Wednesday morning. 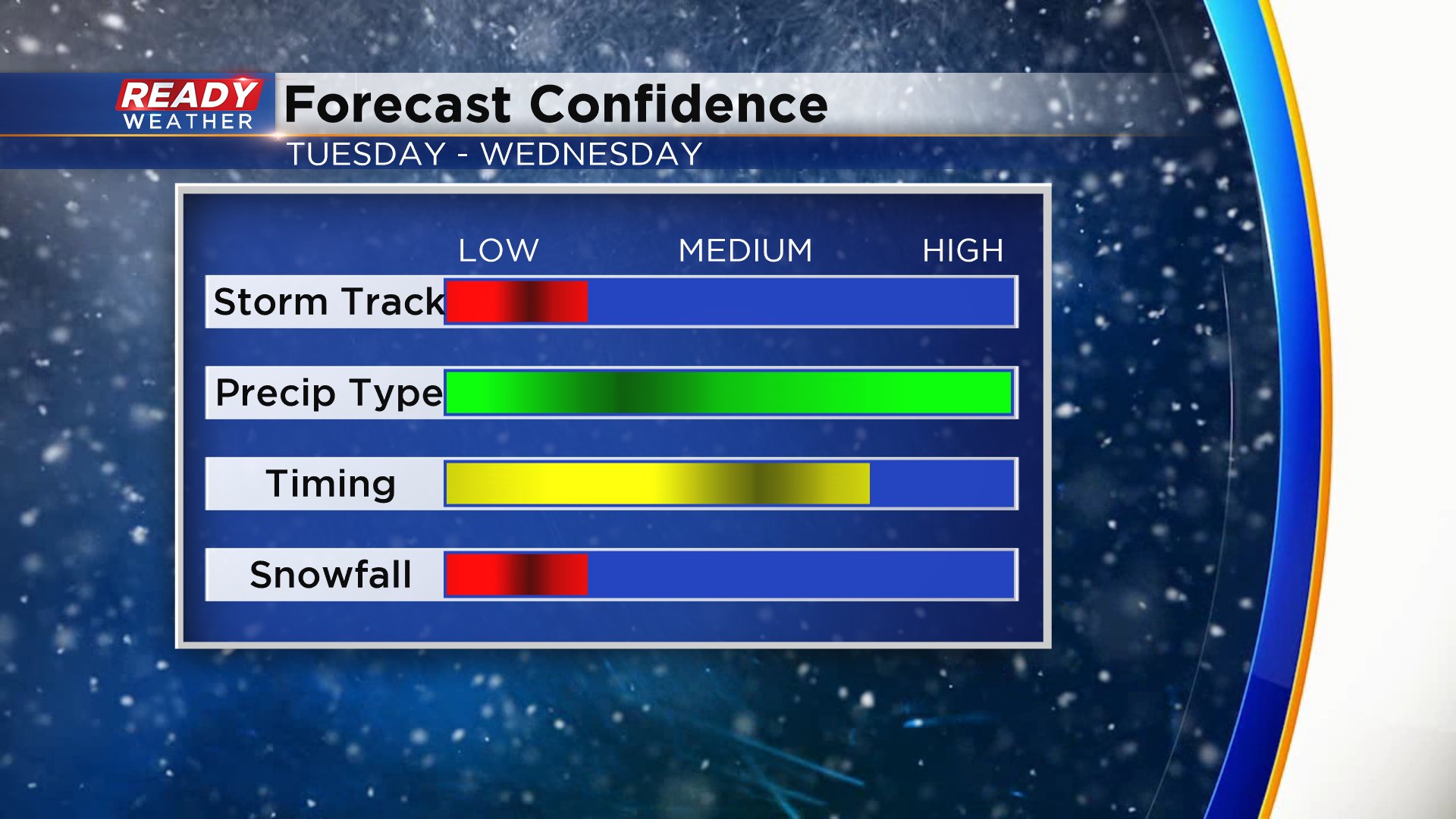 The overall track of weather models the past 36 hours has taken the storm a little bit to the south. On Saturday this storm looked like a good wallop for almost all of southeast Wisconsin but now that some weather models have shifted south there is very low confidence in the track of the storm and therefore the snow totals. The bullseye for the heaviest snow will likely be in Kenosha County. Areas north of I-94 might not see much accumulation at all.

Regardless of how much snow, the Tuesday evening and Wednesday morning commute will likely be impacted the most. The wind will also be strong during the entire storm so low visibility and blowing snow is likely. 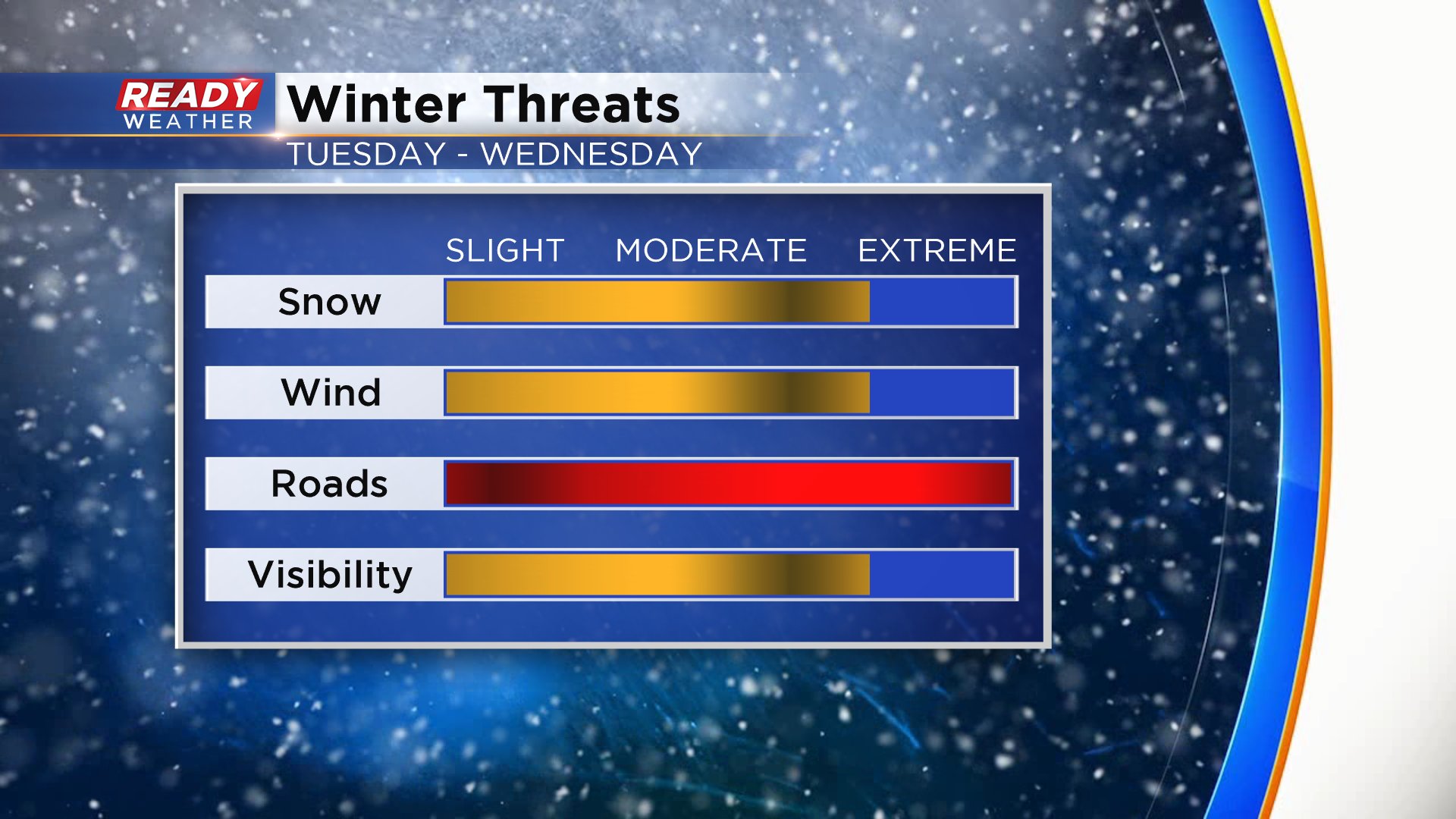 The latest thoughts on accumulation show up to 4" in northern communities and 4-8" in southern spots. Our central communities have the lowest confidence. There WILL be changes to this map the next 24 hours so be prepared for the worst but expect that snowfall totals will change.

Download the CBS 58 Ready Weather app to track the storm and stay on top of the changing forecast.