The flash flood warning has expired around Watertown and replaced with an areal flood warning through noon on Saturday meaning that ponding and flooding of low lying areas will likely continue for 24 hours. 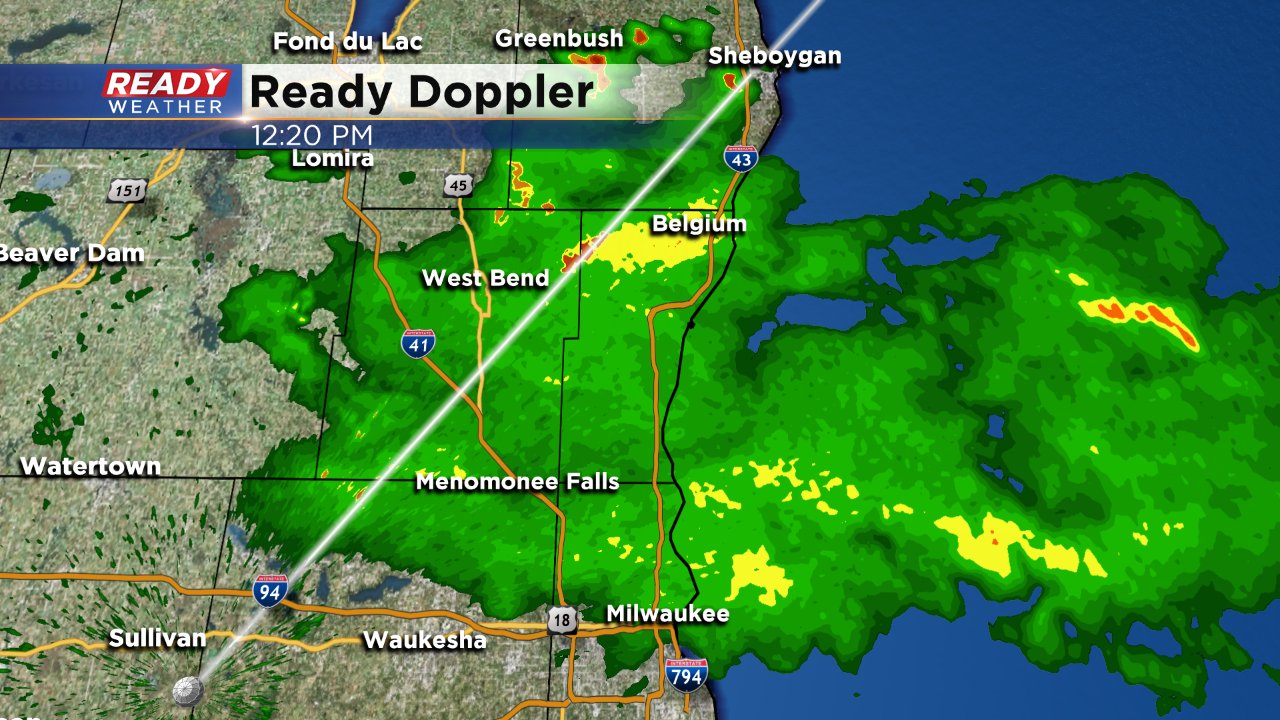 More scattered showers and storms are possible the rest of Saturday.

TURN AROUND, DON’T DROWN: Some people in Watertown tried to drive through flooded roads. Lots of flooding in the area due to flash flooding. @CBS58 pic.twitter.com/fD05lVqg2u

Rain totals have come in as feast and famine. Watertown reported 6" of rainfall and the area of I-43 that flooded saw nearly 3" but Milwaukee officially only picked up 0.05" at the airport and others stayed completely dry. 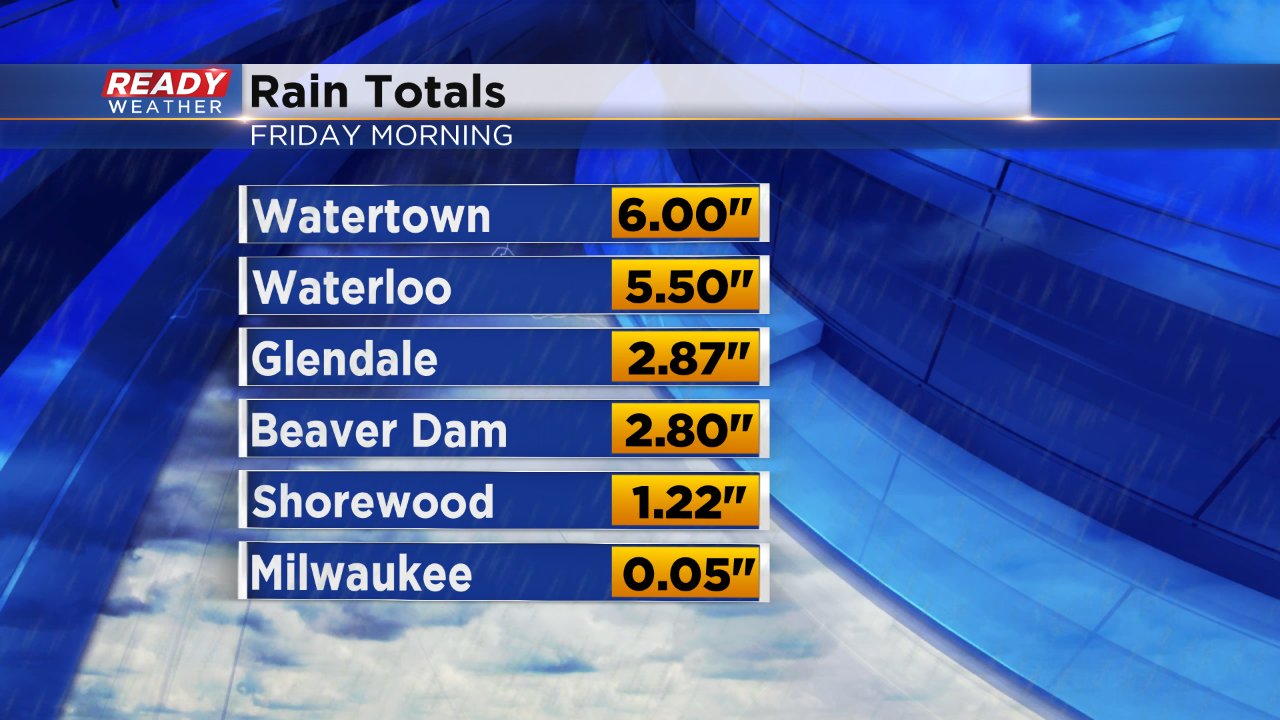 Heavy rain Friday morning has led to flash flooding. Slow moving storms have caused multiple multiple road closures in different counties. I-43 was closed in Milwaukee County near Glendale due to flooding in a construction zone. Areas around and north of Glendale picked up a quick 2"+ of rain. 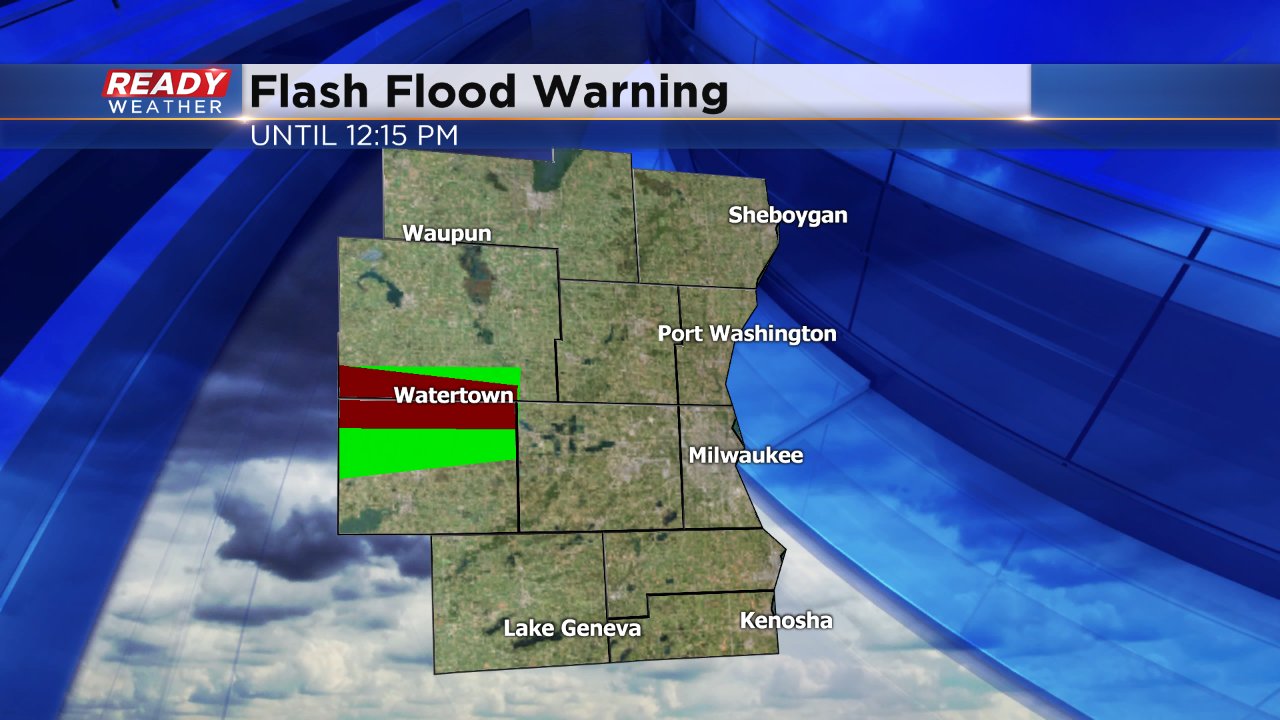 A flash flood warning was issued until just after noon for heavy rainfall in northern Jefferson and southern Dodge Counties around the Watertown area. There are reports of 5-7" of rain with radar sampling amounts above that. According to the National Weather Service, sewers are backing up and multiple basements are flooding. Numerous cars have been stranded on roadways and highways have been shut down. 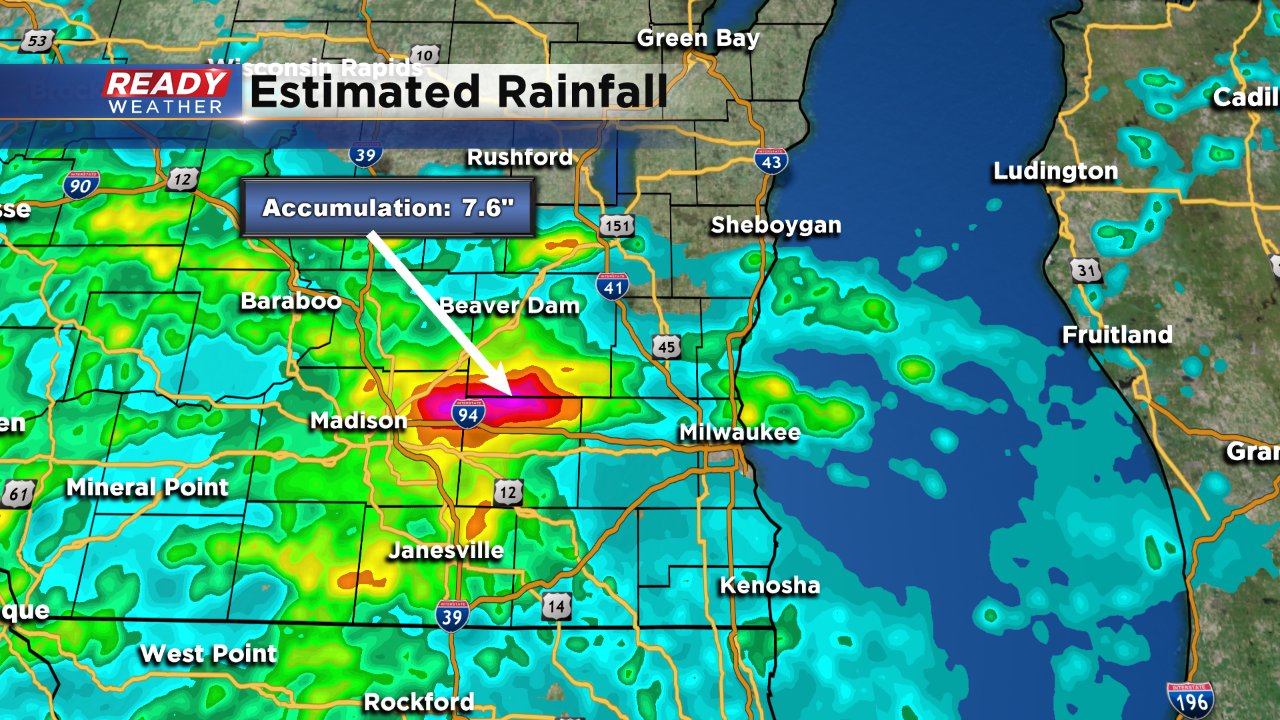 Storms around Watertown have started to weaken as of 10:30 a.m. and are slowly moving north out of the affected area. Scattered showers and storms are possible through most of Friday, with the heaviest downpours likely happening near lakeside communities as storms move north along the lakefront.

Download the CBS 58 Ready Weather app to track the latest on radar.