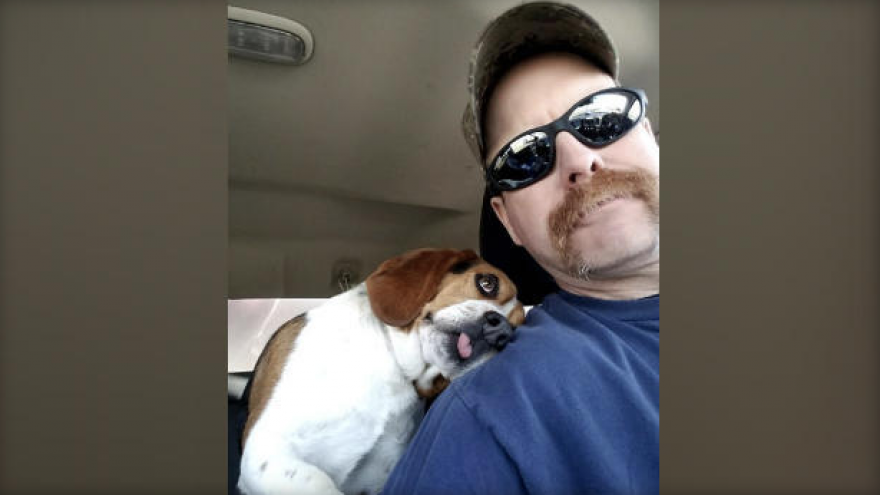 (CBS NEWS) A photo of a shelter dog named Gregory on his "freedom ride" has gone viral. Gregory was scheduled to be euthanized at the Franklin County Dog Shelter in Ohio, when his new pal Joe Kirk came to pick him up and bring him to safety.

Gregory kept hugging Joe on his ride to the sanctuary -- almost as if he knew he was being saved from doggy death row.

"The BEST Freedom Ride Picture EVER! Pulled from the Euthanasia List at FCDS today... "Gregory" is one thankful and appreciative Beagle! He KNOWS he is SAFE!" the sanctuary wrote on Facebook, with a photo of Gregory cuddling up to Kirk in the car.

Gregory has a heartworm, but once he has been cleared by the vet, he will be available for adoption and will placed in a forever home. One might say the pup now has a new "leash" on life.