'He loved being a police officer:' Milwaukee Police Officer dies due to 'health related issues'

NOW: ’He loved being a police officer:’ Milwaukee Police Officer dies due to ’health related issues’

He was still an active member of the department, even after suffering an injury on the job.

The Milwaukee Police Department says the 18-year veteran of the department died Wednesday "due to health related issues."

In a statement, the department said:

"Chief Alfonso Morales is saddened to announce the tragic loss of Officer Mark Lentz who died on Wednesday, September 18, 2019, due to health related issues. Officer Lentz was a current member of the Milwaukee Police Department and proudly served the residents of the City of Milwaukee for 18 years. At this time funeral arrangements have not yet been made. The Milwaukee Police Department sends prayers and condolences to the Lentz family during this difficult time."

Hefley worked with Officer Lentz from the beginning of both of their careers.

"He was that guy that would give you the shirt off his back, he was always, he would help you out with anything you needed."

Eventually the two were on the motorcycle unit together.

"The last fifteen years of our career, Mark and I have been on the motorcycle unit together," said Hefley.

Lentz was injured back in 2017 when a car hit him when he was trying to make a traffic stop. 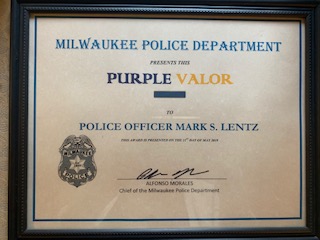 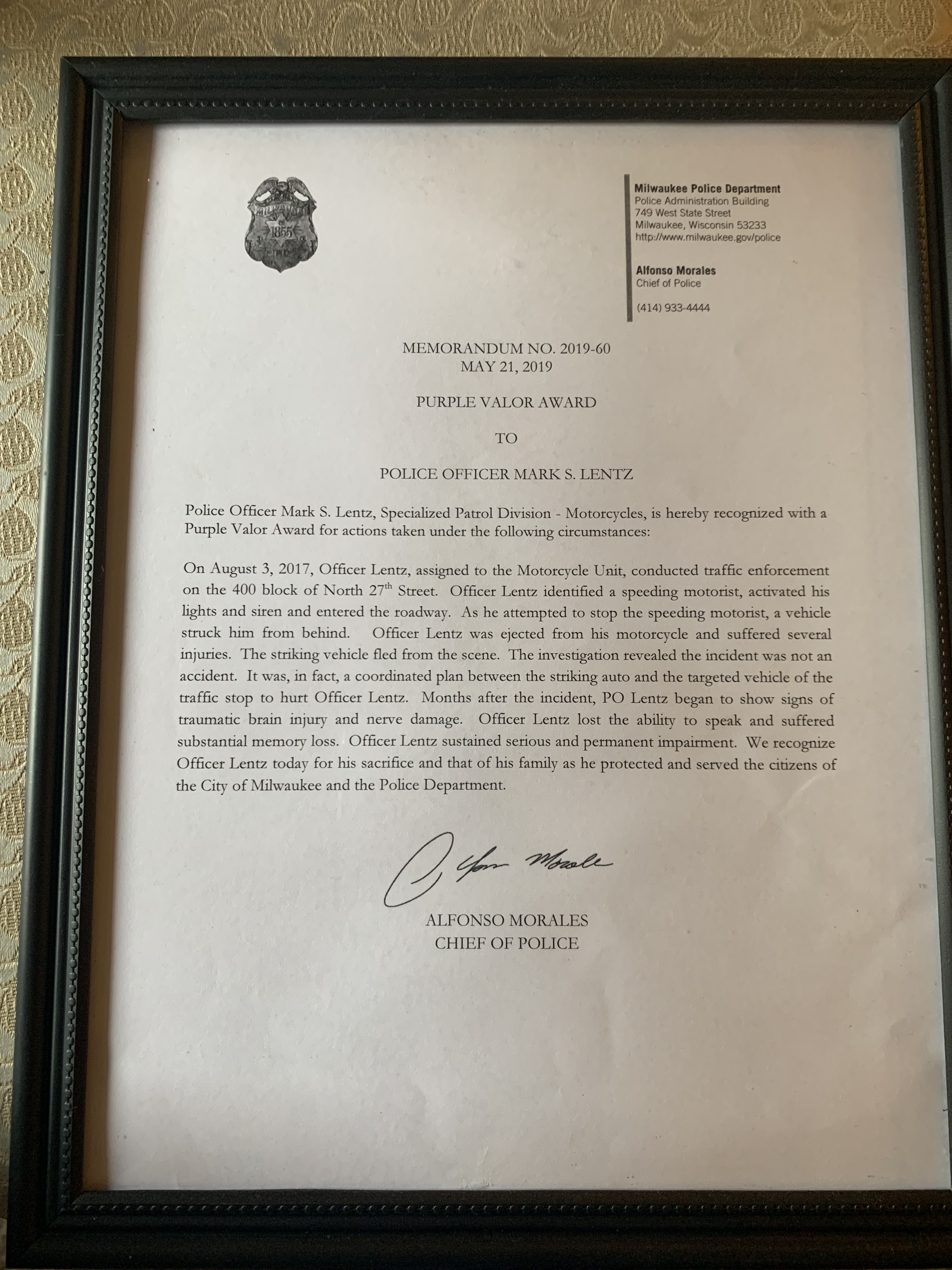 Earlier this year, CBS 58 covered a fundraiser that was held for him to help with medical bills.

In a statement, Lentz's wife said:

"As Mark Lentz’s wife and on behalf of Mark’s family, I would like to thank all the people who have shown us support through this difficult time in our lives. A very special thank you to the motorcycle unit for being with our family today when Mark succumbed to his injuries. It has been a very difficult two years of medical decline due to his in the line of duty injury he suffered on August 3, 2017.One of Mark’s proudest moments was receiving the purple valor award from Police Chief Morales. Thank you to all who have supported us and continue to support us with your love and prayers."

Hefley said Lentz was escorted from the hospital to his home where he passed away with officers and his family by his side.