"Harry Potter and the Cursed Child" Coming to Broadway 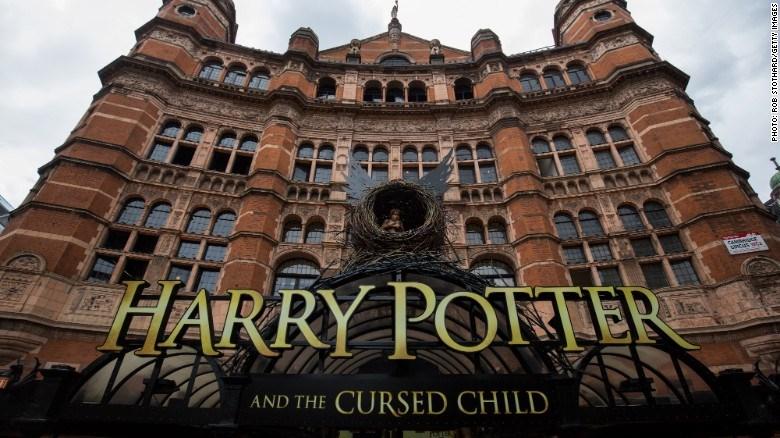 (CNNMoney) Broadway, get ready for some magic. Harry Potter is coming to town.

The creators of the hit play 'Harry Potter and the Cursed Child' are in exclusive talks with the Ambassador Theatre Group to bring the show to The Lyric Theater in New York.

The group is planning to spend millions of dollars preparing the Lyric for the show, the play's producers said. The renovation would bring the number of seats down to 1,500 from 1,900 to create "a more intimate playhouse."

"[Ambassador's] plans will provide 'Harry Potter and the Cursed Child' with a bespoke home that will be intimate enough for a drama, yet big enough for us to deliver on our commitment to provide audiences with access to low priced tickets throughout the auditorium," Sonia Friedman and Colin Callender said in a statement.

They didn't say when the play would open. Ambassador Theatre Group did not immediately respond to a request for comment.

The play opened in July at London's Grand Palace Theatre.

The Lyric theater is currently home to Cirque du Soleil's 'Paramour,' which is due to run until April 2017.

"Our partners at Ambassador Theatre Group and owners of the Lyric Theatre elected to do renovations to the theater. We are accommodating their plans," Cirque du Soleil said in a statement posted on its Facebook page.

Harry Potter author J.K. Rowling said she was excited about the plans to bring the wizard play across the pond.

The two-part play debuted in London in July, 9 years after the final Harry Potter book.

All 250,000 tickets sold out in a day and dedicated Potter fans have traveled across the world to see the show.