Gwen Ifill Passes Away at Age 61 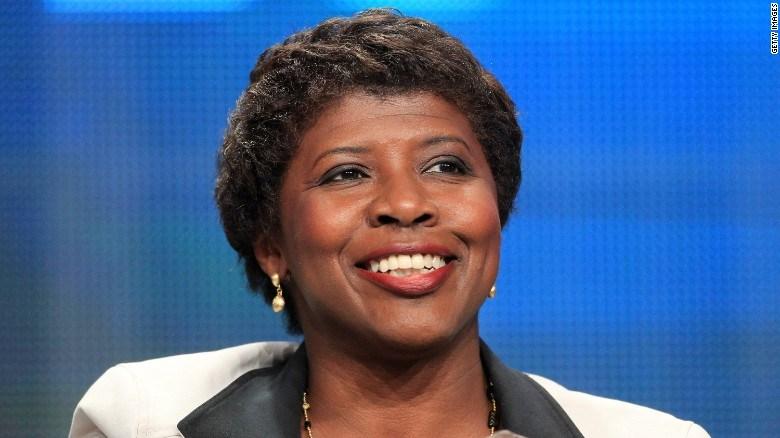 Ifill, 61, broke gender and racial barriers and became a role model for journalists across the country. She had been battling endometrial cancer while covering this year's presidential election, one of her best friends, Michele Norris, told CNN.

PBS said in a statement that she died Monday "surrounded by family and friends."

"Gwen was one of America's leading lights in journalism and a fundamental reason public media is considered a trusted window on the world by audiences across the nation," Paula Kerger, the PBS president and CEO, said.

"She often said that her job was to bring light rather than heat to issues of importance to our society," Kerger said.

During a press conference on Monday, President Obama described Ifill as "an extraordinary journalist" who "always kept faith with the fundamental responsibilities of her profession, asking tough questions, holding people in power accountable, and defending a strong and free press that makes our democracy work."

Ifill, who worked at The Washington Post, The New York Times and NBC News, became moderator of PBS's "Washington Week in Review" in 1999. She was tapped to be the co-anchor of the "NewsHour" in 2013. Ifill and co-anchor Judy Woodruff were the first women to jointly lead a national nightly news broadcast.

Ifill also moderated the 2004 and 2008 vice-presidential debates, as well as a 2016 Democratic primary debate.

"Whether she reported from the convention floor or from the field, whether she sat at the debate moderator's table or the anchor's desk, she not only informed today's citizens, she also inspired tomorrow's journalists," Obama said. "She was an especially powerful role model for young women and girls who admired her integrity, her tenacity and her intellect, and for whom she blazed a trail as one half of the first all-female network anchor team on network news."

"I think we're all diminished without Gwen," CNN's Gloria Borger, a longtime friend of Ifill's, said after the news of Ifill's passing was announced.

Borger recalled that Ifill's "preparation for those debates was stunning."

"She was such a role model for me, and for so many people," CNN's Nia-Malika Henderson said.

"We all loved her," CNN's Jamie Gangel said, remembering Ifill as smart, funny and fearless.

Ifill was a pioneer for women and for African Americans in journalism, becoming the first African American woman to host a major political talk show when she took the helm at "Washington Week in Review."

Her path to prominence was hard-fought: While in college in the late 1970s, Ifill secured an internship at The Boston Herald.

"They didn't know what a college-educated black woman was and they didn't know how to treat me," she once told The Washington Post. One day, she told the Post, a staffer left her a note in the photo lab that said "Nigger go home." The editors were so apologetic about the issue that they hired Ifill after her 1977 graduation, she recalled.

Ifill was scheduled to receive a prestigious award, the John Chancellor Award, at a Columbia University ceremony on Wednesday.

In a telephone interview, Norris remembered her as a dedicated journalist, someone who stayed true to the values of her craft amid wrenching changes across the news industry.

Ifill was diagnosed with cancer sometime at the end of 2015 or early in 2016, Norris said.

Ifill shared the news with family and friends but chose to keep the cancer battle private. In April, she had to take a leave of absence from the "NewsHour," for what were described as "ongoing health issues."

Norris said Monday that this absence was due to complications from the treatment.

She returned to work in May, and within weeks she had an exclusive interview with President Obama.

But Ifill was forced to take another leave of absence last week. She was at hospice care in Washington, D.C. when she died on Monday, according to Sharon Percy Rockefeller, the president and CEO of WETA, which owns the "NewsHour."

"I spent an hour with her this morning and she was resting comfortably, surrounded by loving family and friends," Rockefeller said in an internal memo.

Rockefeller said she "conveyed to Gwen the devoted love and affection of all of us at WETA/NewsHour. Let us hold Gwen and her family even closer now in our hearts and prayers. I have loved knowing and working with Gwen and will always cherish her memory."