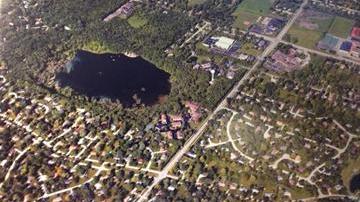 Brookfield --Brookfield residents have been fighting all summer to keep the DOT from using a former quarry as dumping ground, and now that fight appears to be at a critical point.

\"It's safety, that's the big factor,\" Mark Regal, a leader of the group Brookfield Residents Against the Dump, or BRAD.

'It's a dump project from the DOT site from the Zoo interchange.\"

Extra fill from the Zoo interchange project would come to private developers.  Their plans call for a high end multi-family development along with a public park.  But that won't be there for at least five years.

\"We have two apartment complexes here,\" Regal said.  \"One to the west is a 55 and over community, they want peace and quiet. To have those trucks and all the noise, diesel, and dust, and everything for five years is way too impactful.\"

But local officials see it differently.  Brookfield Mayor Steven Ponto says residents need to be careful what they wish for.

\"If this particular deal doesn't go through, something that's much much worse that the city can't have control over, might go through,\" Ponto said.

That's because a state statute lets private landowners accept fill from DOT projects - without local control. Basically letting them do whatever they want with it.

The mayor says they're working with two local companies.  Both are willing to accomodate Brookfield's demands.  The main part is work can only be done Monday through Friday, 7 to 7.  He also said the DOT won't let dirty fill come to the area.  He also says there's no trash being dumped, so it's not a dump that this group makes it out to be.

'I'm concerned if this doesn't go forward, that someone will come in and proceed under the state statute and then we won't have any control or very much control over dust and noise and the duration of the fill and the amount of fill.\"

BRAD plans a press conference Friday morning to announce its next steps.