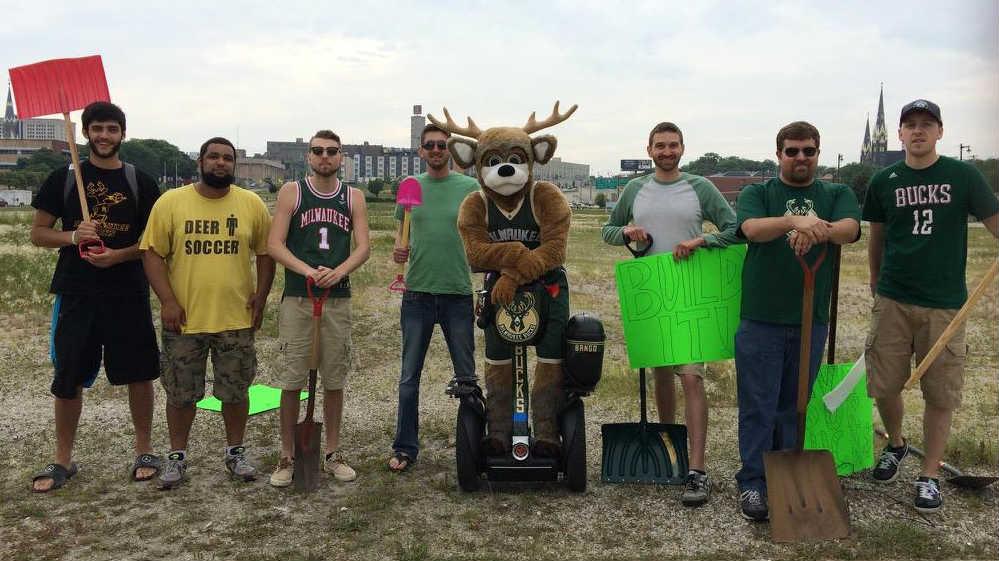 It wasn't any official demonstration for a new Milwaukee Bucks arena, but a small group of fans showed up at the Park East site to make their point.

They tweeted a message to CBS 58 showing their support for the new arena by cleaning up garbage. The land has been chosen as the site for a new arena if it's built.

The group showed up with signs and shovels ready to dig the foundation and even convinced Milwaukee Bucks mascot Bango to make an appearance.

State lawmakers are turning their attention to the arena deal in the coming days in Madison, and in Milwaukee a town hall meeting is set for Tuesday.

Also showing up on twitter, someone created a logo for the \"Seattle Bucks\". A reminder the team could relocate to either Seattle or Las Vegas if a new arena deal cannot be completed.