Grandson talks about grandfather who killed his wife for nagging 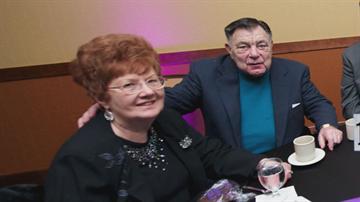 OAK CREEK- The grandson of the man who killed his wife for nagging talks about what happened.

Jack Lang is charged with murder but his family says he had multiple strokes and that caused him to kill his wife.

Chris Lang says his grandfather had become mentally ill and unstable after the strokes, and the family cleared the guns out of the home. But they say Jack still had a gun in the home they didn't know about.

The criminal complaint says Lang killed his wife after she was 'giving him hell' for not being able to show her a good time anymore while out with friends. Family says his mental issue after the stroke was a source of frustration for the couple.

The family says it is asking investigators to look into Jack's mental state and come to a settlement.