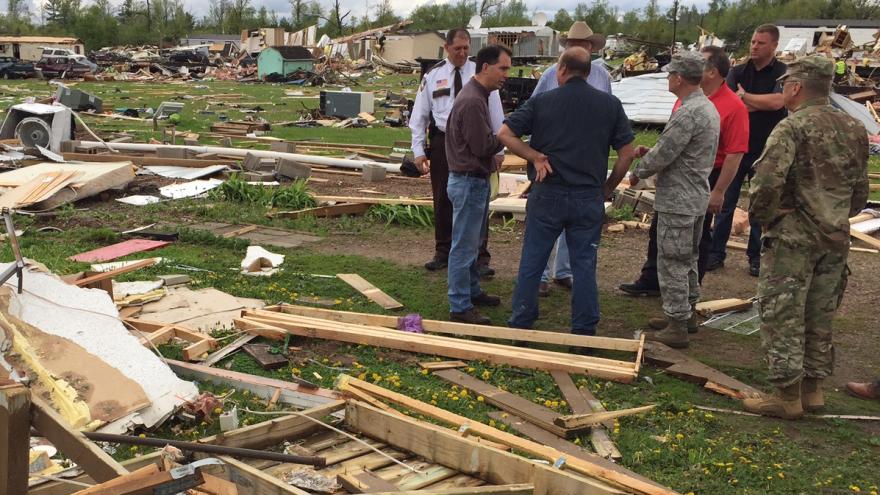 Governor Scott Walker has declared a State of Emergency for Barron, Jackson and Rusk counties following tornadoes and damaging storms.

“Our thoughts and prayers are with the victims of the devastating tornadoes that hit last night,” Governor Walker said. “I have instructed state agencies and the Wisconsin National Guard to help those affected by the storms as they recover and rebuild. I thank the Wisconsin National Guard, Wisconsin Emergency Management, and all state agencies for their coordinated response to this emergency.”

Governor Walker surveyed the damage this afternoon near Chetek where an EF-2 tornado hit a mobile home park last night. One person was killed and 25 people were injured.

Heavy rains also impacted parts of west central and northwestern Wisconsin where some areas have received more than 5 inches of rain causing damage to roads and other infrastructure.