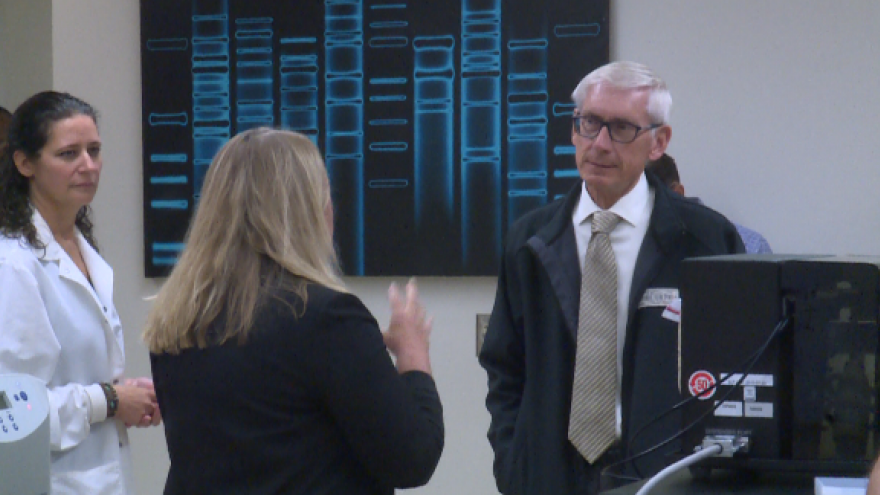 MILWAUKEE (CBS 58) -- Governor Tony Evers made a stop in Milwaukee this morning to learn more about a state initiative to help keep waterways clean.

Governor Evers toured the labs at UWM'S School of Freshwater Sciences and then took a boat tour.

The governor was here to learn about the freshwater collaborative of Wisconsin, which is an effort among the 13 university of Wisconsin institutions to address the needs of freshwater access and security.

The goal is to attract in and out of state students to Wisconsin’s water workforce.

University officials say by 2025, the collaborative will include one thousand new undergraduate and 400 new graduate students studying water science.

The freshwater collaborative would require $27.6 million in state support over three budget cycles.

Governor Evers says this initiative is important for the state of Wisconsin.

“The people of Wisconsin expect us to have clean water," Evers said. "They expect it for reasons of agriculture and just drinking, but also its part of our heritage.”

Officials hope to add 650 new water science jobs by 2025 through the collaborative.