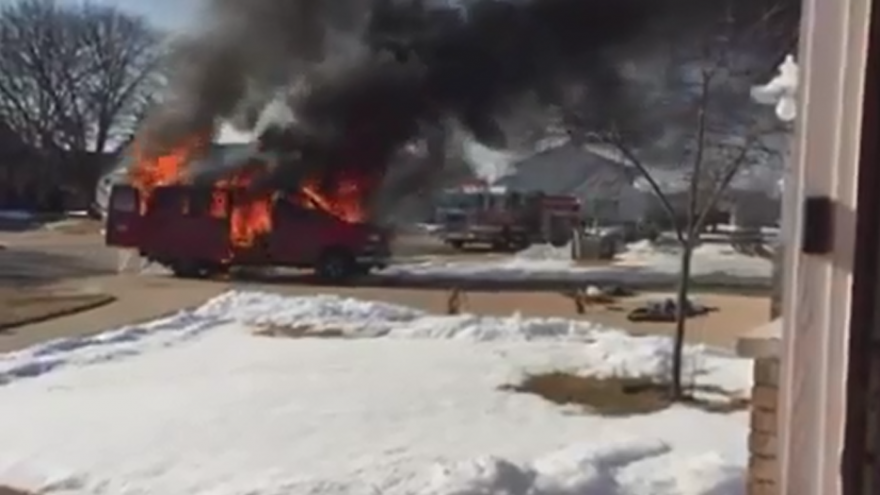 Crews responded to the 2700 block of Fieldstone Court and found the van fully engulfed in flames.

According to a news release, the person who discovered the fire used his own vehicle and a tow strap to pull the burning van away from the home which was occupied at the time.

The City of Kaukauna Fire Department later confirmed that the good Samaritan was, in fact, an off-duty firefighter.

This action reduced the potential of the fire spreading to the residence.

Damage was limited to the vehicle and its contents, which were considered a total loss.