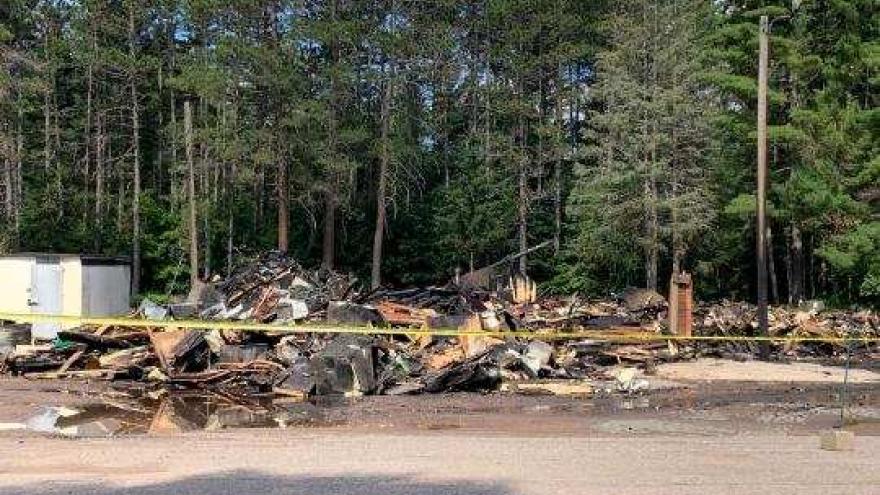 VILAS COUNTY, Wis. (CBS 58) -- A driver was arrested after crashing into a power pole which caused a building to catch fire.

Crews responded to Gooch’s A One, located at County Highway M in Boulder Junction, for a report of a car that had struck a power pole.

The vehicle caught fire which quickly spread to the bar & grill.

Twenty-area fire departments responded to the scene but the building was a total loss.

The driver was taken into custody and alcohol is believe to be a factor in the crash, the Vilas County Sheriff's Office says.

The business was closed at the time of the incident and there were no reported injuries.